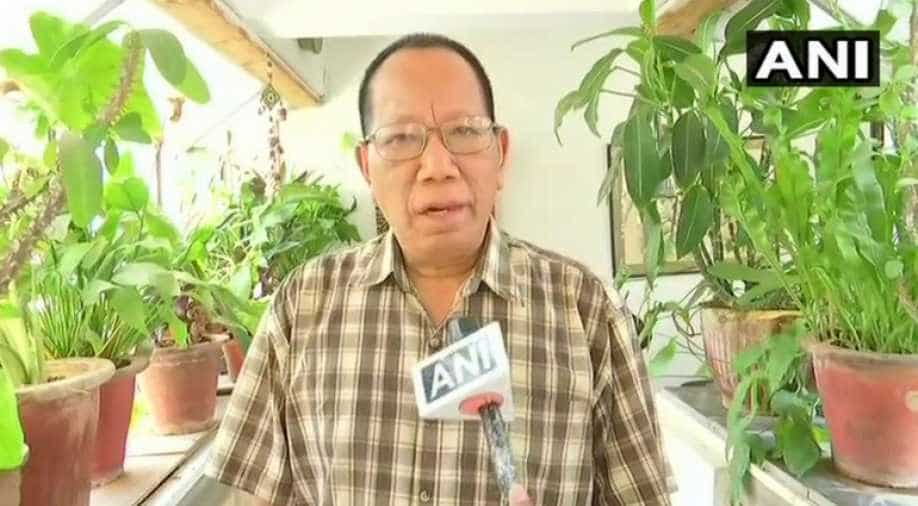 Former Karnataka DGP HT Sangliana, who has been criticised for his insensitive remarks at a function where he said the Delhi gang-rape and murder victim's mother, Asha Devi, had a good physique has defended his stance.

The former cop had said that  Asha Devi, the mother of the Delhi 16 gang-rape and murder victim, had a ‘great physique’ and he could ‘just imagine how beautiful her daughter would have been.’

Sangliana, on Friday, issued another statement justifying his stand.

"I consider my statement to be totally within the limit and I feel people are making an issue out of a non-issue. I said it in order to emphasise the importance of protection & security to women, they should be given protection at all times," Sangliana said.

I said it in order to emphasise the importance of protection & security to women, they should be given protection at all times: HT Sangliana, former Karnataka DGP on his comment that 2012 delhi rape victim's mother had 'good physique' pic.twitter.com/KnKKffA18Q

Nirbhaya's mother, Asha Devi, also criticised the former cops comment and said: It would have been better if he had spoken about our struggle than making a personal remark. It shows that people's mentalities in our society has not changed."

It would have been better if he had spoken about our struggle than making a personal remark. It shows that people's mentalities in our society has not changed: Asha Devi, Mother of 2012 Delhi gangrape victim over former Karnataka DGP HT Sangliana's remarks pic.twitter.com/F5VY5Z1sD0

In a video shot at the Nirbhaya Awards 2018 in Bengaluru on March 8, Sangliana is seen reading from a prepared speech, which reeks of patriarchy. “When I look at her (Nirbhaya’s mother), her physique is very very nice. Then how beautiful Nirbhaya could have been,” he says.

Stating that “people like Nirbhaya attracted the attention of miscreants”, the former top cop also offered what he called as “safety tips for women”, which attendees say was equally disgusting and rendered them speechless.

“If you are overpowered, you should surrender initially and later follow up the case. That way we can be safe, save life and prevent being killed,” Sangilana stated.

The comments sparked a massive row, with activists and journalists present at the event marking their protest.

A 23-year-old paramedical student was brutally gang-raped by five men and a juvenile on a moving bus in Delhi on December 16, 2012. The incident shocked the nation, with many stepping out to protest across the country seeking safety for women and stricter punishment for rapists.

All the six accused were later held and were awarded death sentence by the court. One of the accused, Ram Singh, committed suicide in jail while the juvenile was released after completing mandatory probation period in a remand home.

Five years since the incident, remaining accused persons are yet to hanged.