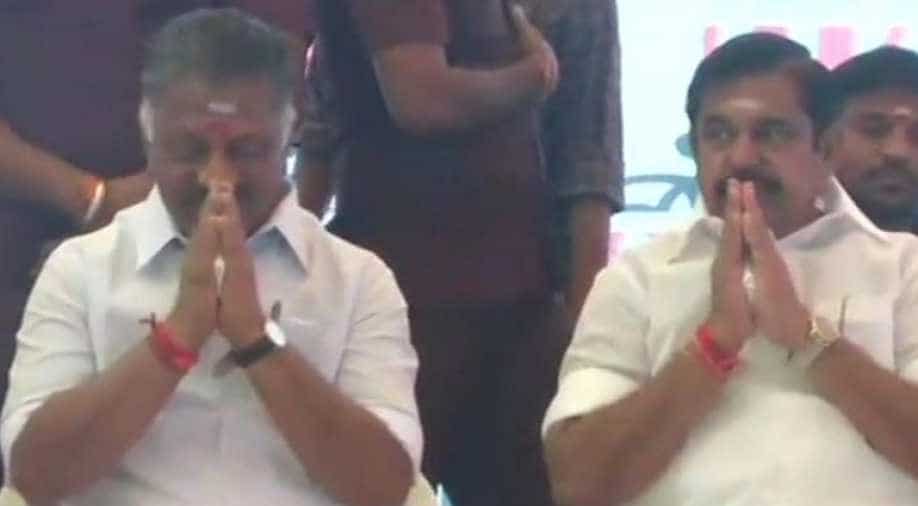 Tamil Nadu's ruling AIADMK began their hunger strike on Tuesday to protest the government's failure to set up a Cauvery Management Board (CMB) despite the conclusion of a Supreme Court deadline.

Other ministers and AIADMK leaders participated in the site across districts.

The protest began at 8 am and will conclude at 5 pm, media reports said.

The deadline for the central government to set up the Cauvery Management Board was March 29, six weeks from the top court's February 16 order.

The top court had reduced the Tamil Nadu's share of Cauvery water from 177.25 thousand million cubic feet (TMC), less than the 192 TMC allocated by a tribunal in 2007.

On the other hand, Karnataka's share of water was increased by 14.75 TMC.

The BJP-led government's failure to set up a Cauvery Management Board is being viewed in context of the upcoming assembly elections in Karnataka which is opposed to the setting up of a board.