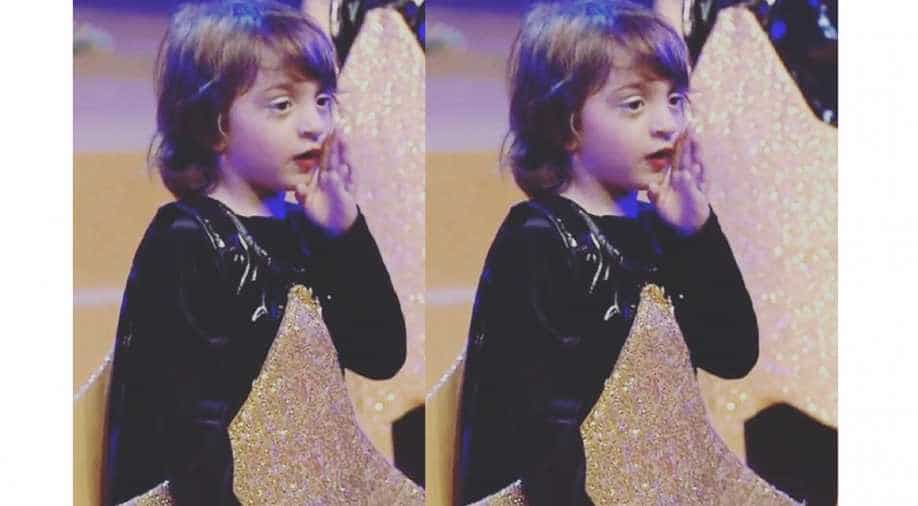 Shah Rukh Khan along with wife Gauri and daughter Suhana was there to cheer AbRam during his performance. Photograph:( Instagram )

Bollywood toddlers had a testing time over the weekend when the kids had to remember their dance steps for their school's annual day function.

In the video, AbRam can be seen dancing to SRK's song "Ye Taara Wo Taara" from the film "Swades" ìn a group on stage:

Cutie AbRam's performance ?? And there are Papa, Mama, and Suhana, who enjoy it very much, wonder what are they talking about ?? Follow @shahrukhkhansquad ?? #shahrukhkhan #srk #abramkhan #gaurikhan #suhankhan #aryankhan #bollywood #dais

Shah Rukh attended the function with wife and daughter in attendance.

Also spotted was Karisma Kapoor's seven-year-old son Kiaan Raj Kapoor, who also participated in the annual day function. He broke down after his performance when he was about to leave the venue as he got scared of the paparazzi.