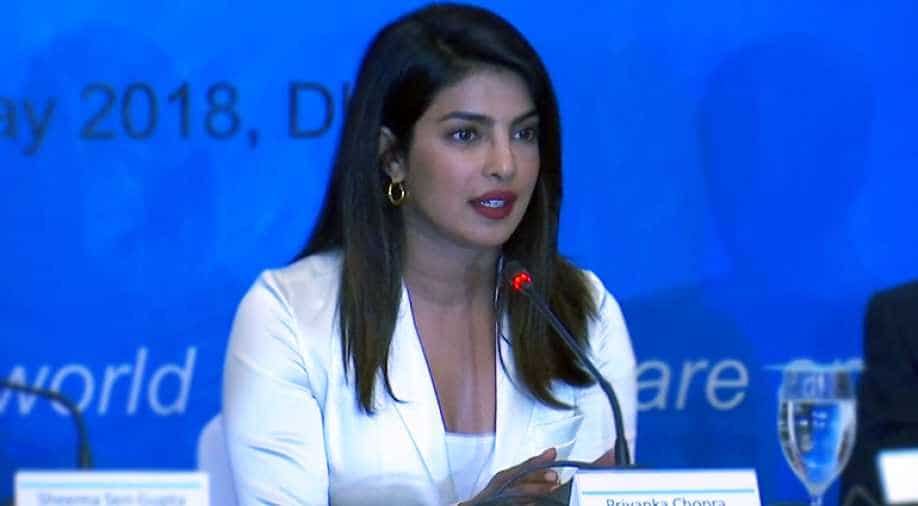 If you have been following the news recently, you must be seeing a lot of Priyanka Chopra. Well, it’s because she is out promoting both her Hollywood project A Kid Like Jake and recently wrapped up and soon-to-launch Quantico 3.

Setting the streets on fire, Priyanka has been donning the best of summer clothes that will give you wardrobe envy. Apart from setting style standards for the season, she also went on record to talk about her upcoming Bollywood project, something that we all are keenly interested in.

In an interview with a leading fashion magazine, she divulged details about her recently signed a film with Salman Khan, titled Bharat that will go on floors sometime this year. Speaking about it, she said, "Bharat is the Indian movie I signed this year. It's the quintessential Bollywood movie, which I haven't done in many years. A lot of them were dramatic and thematic. This one's going to be out and out entertainment. I'm excited! I haven't been back to do a movie in two or three years now."

She continued, "I can explain that more. When people say, "You're doing a Bollywood movie," they only think of Bollywood movies being synchronized song and dance. Bollywood is the name for an entire industry. Those aren't the only kind of movies we make."

She explained what Bollywood is all about and defined the kind of cinema the industry produces. She said, "We have every other genre. Yes, music is a very important part of it, but we don't have synchronized dancing in everything we do. Plus, Bollywood is not a place. Every country and every culture has its stereotype, I get that. Here, everyone has superpowers and aliens only land in America. I just really want Indian cinema to break through that and for people to be introduced to the other forms of Indian cinema we have."

Also, Priyanka being herself couldn't stop giving us reasons to love her more and so she added, "To me, being an Indian actor, or an actor of South Asian descent, or a woman of color, or an immigrant-whichever title you like-being all of those people and being in America and getting the kind of welcome and love I've gotten within the industry, it feels like a sense of acceptance. I hope with me getting that acceptance, it opens up the floodgates for more people who look like me. I hope that sort of makes the conversation for actresses or people of colour to get more opportunities because it's the opportunities that lack."

"I'm an actor and an artist, and I want to go where my work takes me. I don't want to settle for one or two countries, I want the world. I'm very clear about it. As long as people want to watch me, I want to entertain”, she added.