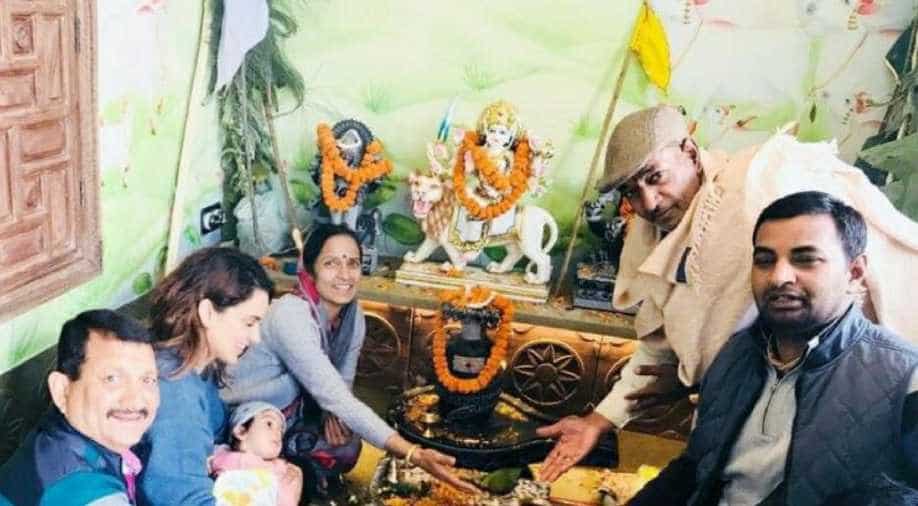 Queen actress Kangana Ranaut is currently in Manali to spend time with her family and to overlook the completion of her Himalayan mansion that sits at a beautiful location in her hometown and is reportedly built for Rs 30 crores.

While on a visit to her hometown, the versatile actress was clicked during the Griha Pravesh Puja (Housewarming prayer) at her newly-built Manali house.

Kangana along with her family performed a Griha Pravesh ceremony at her Manali home two days ago. pic.twitter.com/Tw7VvKrN0U

A few days back, Kangana's sister Rangoli Chandel shared a picture of the actress with her nephew Prithvi Raj Chandel.

Also Read: Kangana Ranaut: 'Mental' or 'psycho' were the terms used to shame me

Kangana is currently working on home production Manikarnika: Queen of Jhansi while posters of her upcoming film with Rajkummar Rao Mental Hai Kya also released on social media. She is working on several other projects at the moment.