Kangana Ranaut's photo with her nephew will brighten up your day 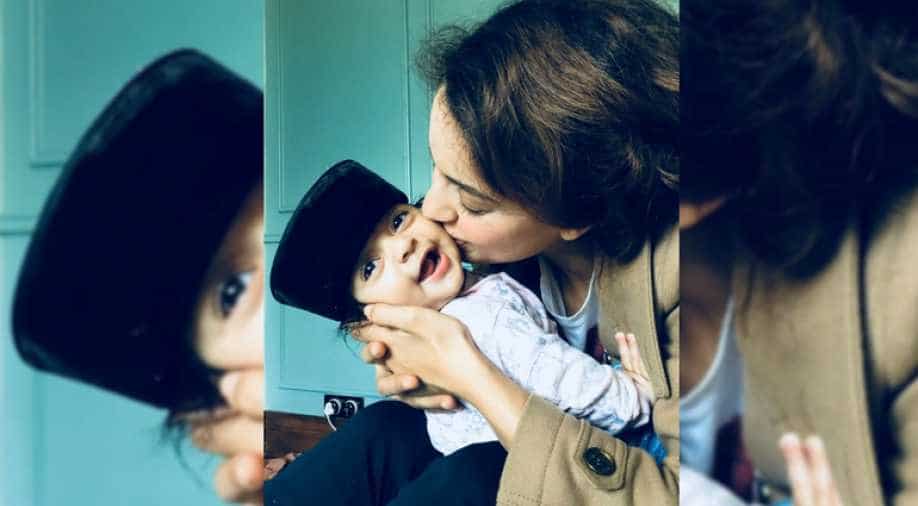 Kangana Ranaut and her nephew's photo was shared by her actress' sister. Photograph:( Twitter )

Known for her acting prowess and powerful roles, Kangana Ranaut perhaps lets her gaurds down when she is around her family. Her sister, Rangoli, recently posted a photo of the actress cuddling her nephew, Rangoli's son Prithvi.

Rangoli, who is also Kangana's manager, shared the photo on her Twitter page and captioned it as 'Massi and kiddie !!!!(sic)'

Prithvi, who is all of four months old, is already the centre of attraction for his celebrity aunt who can be seen showering kisses on him in the photo. Due to her hectic shoot schedules earlier, Kangana couldn’t spend time with her nephew but looks like she is totally making up for it now.

On the work front, Kangana has recently wrapped up shooting Manikarnika: Queen Of Jhansi, in which she is set to play Rani Laxmibai. The film is scheduled to release later this year.