In Pictures: Kangana's European-style Himalayan mansion is for Rs 30 crores 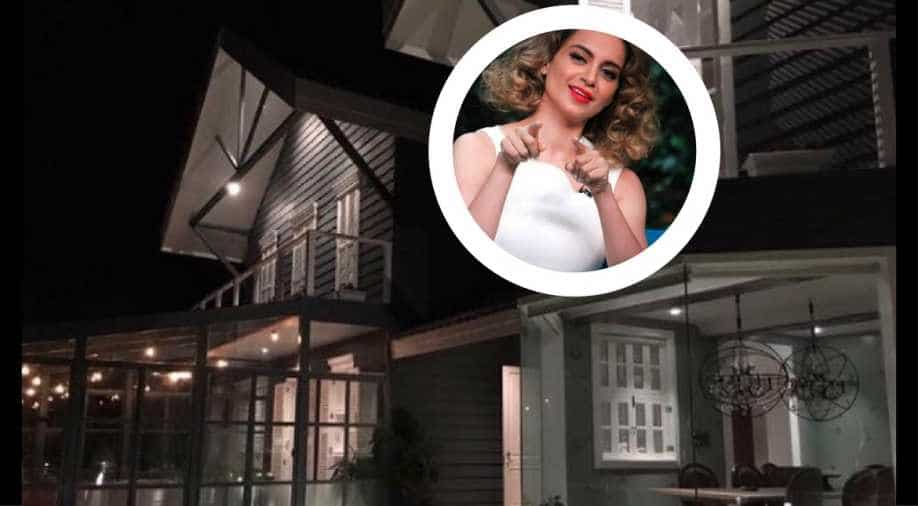 From the 'Queen of Bollywood' to 'Queen of Hills', Kangana Ranaut can easily win the latter title if recent pictures of her new home are brought to context.

We are talking about the mansion-style home that Kangana is building in her hometown Manali.

It has been reported that the actress brought the place for Rs 10 crore but after the success of her film "Queen", she invested about Rs 30 crores in total to build the home which is still underway.

A fan page of the actress posted earlier on January 5 some beautiful photos of her new home which is a beautiful European style bungalow, nestled in the midst of mountains.

According to previous reports, the bungalow is a vintage European home with eight bedrooms and step-out balconies. It also has a dining room, a fireplace, a gymnasium and a separate yoga room.

The page posted another photo of the place and wrote: “Ms Ranaut and Shabnam Gupta are shooting for a cover story in the month of Feb with Architectural Digest for their May issue. Stay tuned for more inside pictures!”

‪Ms Ranaut and Shabnam Gupta are shooting for a cover story in the month of Feb with Architectural Digest for their May issue. Stay tuned for more inside pictures! ????????‬

This is not the first time Kangana is making an abode for herself.

Just last year, the actress introduced to the world her Mumbai home, after it was refurbished. The 5-bedroom house in Khar has been designed by Richa Bahl, wife of Queen director Vikas Bahl. And while Richa did the basis ground work, much of the ideation was the handiwork of Kangana herself.