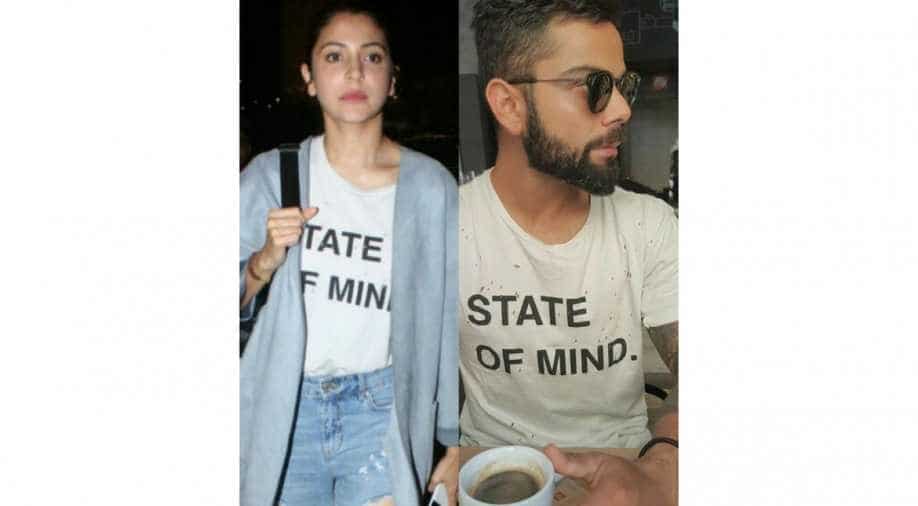 The t-shirt in question is white in base and has the words 'State of mind' written on them.

The two were recently in the news when Virat posted a photo of the view from his house on Instagram. It was revealed that the couple is currently living in a flat in Raheja Legends apartment on the 40th floor. The palatial flat is about 2675 sq ft for which the duo will be spending a whopping Rs 15 lakh as monthly rent. The Indian cricket captain has paid Rs 1.50 crore as a deposit for the property.