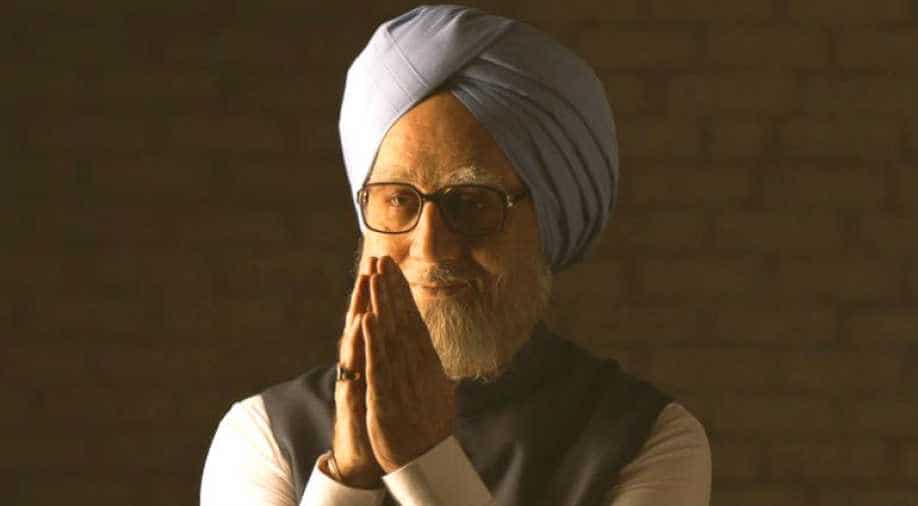 Anupam Kher recently revealed that playing the former Indian Prime Minister Manmohan Singh in the film titled The Accidental Prime Minister has been the most difficult one in his career --one that spans over three decades and boasts of more than 500 films.

Speaking about the upcoming film at the Master Deenanath Mangeshkar Smruti Pratishthan Awards 2018 on Tuesday, Kher said, "Only 40 percent of the film shoot has been completed. I have studied the character of Manmohan Singh for four months and it is the most difficult role that I have done. I hope the audience will see his journey on-screen really soon.”

The veteran actor and his look for the film came in the news when he released a picture of himself dressed as the former PM and then a video of him walking like Singh as part of a shoot for the film.

At the awards ceremony, Kher received a special honour for his contribution to Indian theatre and cinema. He said, "I have come straight here only to receive this award from England after completing my shooting (schedule) for 'The Accidental Prime Minister'. I am really honoured and fortunate to receive this award.”

He added, "The kind of contribution that the Mangeshkar family has in the world of music is really unbelievable. They have not only won our hearts with their music but with voices of Mangeshkar sisters, they have united the nation and that is their achievement. It's a great feeling to receive an honour from them."

While accepting the award, Kher dedicated it to the youngsters from rural parts of India and said, "Whenever I receive an award for my work, it motivates me to do even better. I always say that it's not my lifetime achievement award because I feel like I have started my career just now. This award I have dedicated to youngsters from rural parts of India who come here (to Mumbai) and work hard towards achieving success. I just want to advise them that if a boy like me who was the son of a clerk from forest department of Shimla can receive this award, then they can also achieve many things in their life."