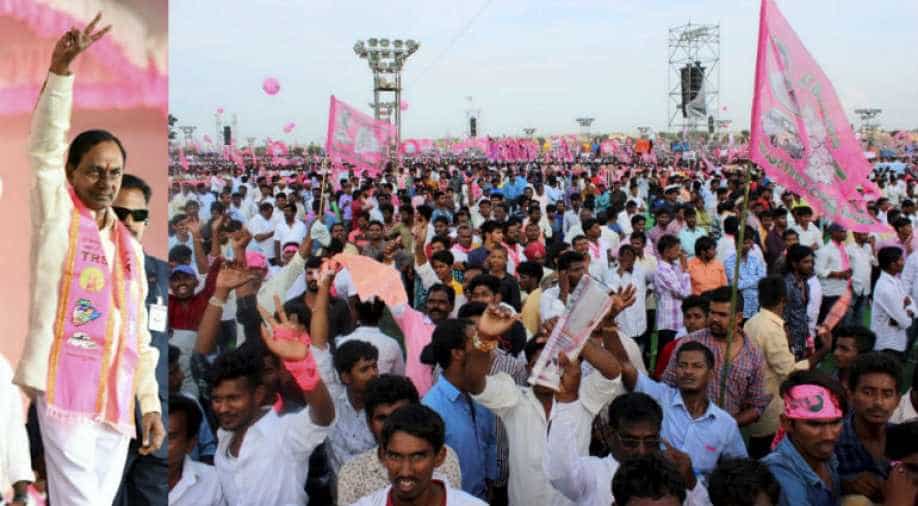 The health profile of every individual, as well as that of state, would be developed, the manifesto added.

Enhancement of retirement age of government servants by three years to 61 and unemployment allowance to youth are among the promises made in the Telangana Rashtra Samithi manifesto released Sunday for the December 7 assembly elections.

The manifesto which was released by party chief K Chandrasekhar Rao also promised enhancement of all types of "Aasara" pensions from Rs 1000 to Rs 2016.

For differently abled persons, it would be doubled from Rs 1500 to Rs 3016 even as the age eligibility for old age pension would be reduced from 65 to 57 years.

"The retirement age of the government employees will be enhanced from the present 58 to 61.

Parallelly, the unemployed youth will be provided with ample opportunities by increasing the recruitment age limit by three more years... The unemployment youth will also be given Rs 3016 allowance," it said.

"While continuing the construction of double bedroom houses as per the existing norms, those poor people who own a plot and are desirous of constructing a house on their own will be provided financial assistance, ranging from Rs 5 lakhs to Rs 6 lakhs," the manifesto said.

The investment support of Rs 8,000 per acre for agriculture to farmers under Rythu Bandhu would be increased to Rs 10,000 per acre and up to R,s one lakh farm loan would be waived.

The health profile of every individual, as well as that of state, would be developed, it added.