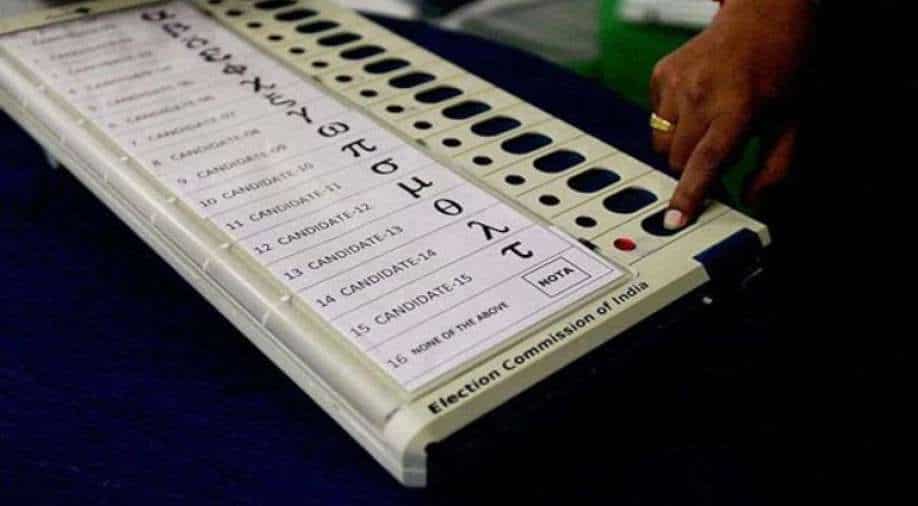 A total of 690 assembly constituencies in five poll-bound states will go to the elections this time and it will be concluded in 7 phases Photograph:( PTI )

In light of India reporting a massive spike in Covid cases, the Election Commission has prohibited rallies, processions or any kind of roadshows till January 15

A total of 690 assembly constituencies in these five states will go to the elections this time and it will be concluded in 7 phases.

As many as 183.4 million voters are set to participate in these five poll-bound states, of which 85.5 million are woman electors. Apart from that, 2.49 million first-time electors have been registered in these states.

The counting of votes shall begin on March 10.

In light of India reporting a massive spike in Covid cases, the Election Commission has prohibited rallies, processions or any kind of roadshows till January 15.

“No physical rally of political parties or probably candidates or any other group related to elections shall be allowed till January 15. Roadshows, cycle or bike rallies have also been prohibited. The ECI would subsequently review the situation and issue further instructions accordingly,” Chief Election Commissioner (CEC) Sushil Chandra said during a press briefing in Delhi.

Chandra said that senior citizens above 80 years of age, persons with disabilities and COVID-19 patients can vote by postal ballot.

The ECI has also mandated that at least one polling station be managed exclusively by women in every Assembly constituency.

“All polling booths will have less than 1,000 voters for smooth polling. One booth will be in each constituency to be totally manned by women staff and security members,” he said while adding, “Our officers have identified much more than that. There're 690 Assembly seats but we are setting up 1620 such polling booths.”

The election commissioner said that Electronic Voting Machines and VVPATs will be utilized in all of the polling stations.

“The Election Commission has already made arrangements to ensure an adequate number of EVMs and VVPATs for the smooth conduct of elections,” Chandra said.

The political parties have also been asked to upload on their website detailed information regarding individuals with pending criminal cases selected as poll candidates.

“They will also have to give a reason to select the candidate,” Chandra said.

The top poll officer also announced that the Model Code of Conduct (MCC) has come into effect immediately.

“The Election Commission has made elaborate arrangements for ensuring the effective implementation of the MCC guidelines. Any violation of these guidelines will be strictly dealt with,” he warned.

He asked the voters to report any electoral malpractice in its app cVIGIL.

“Our cVIGIL application should be used by voters to report any incident of violation of the Model Code of Conduct, distribution of money & freebies. Within 100 minutes of complaint, ECI officials will reach the place of the offence,” Chandra said.

The EC said that it has put in place new protocols in light of new Covid cases.

“For the past two years, the impact of COVID-19 has made the conduct of elections difficult. It is our duty to see how to conduct elections safely. The EC has put in place new protocols,” Chandra said.

“As Covid cases soared in view of Omicron variant, ECI held meetings with Union Health Secretary and Home Secretary, experts, and health secretaries of States. After taking these views and analysing the ground situation, the ECI decided to announce polls with safety norms in place,” he added.