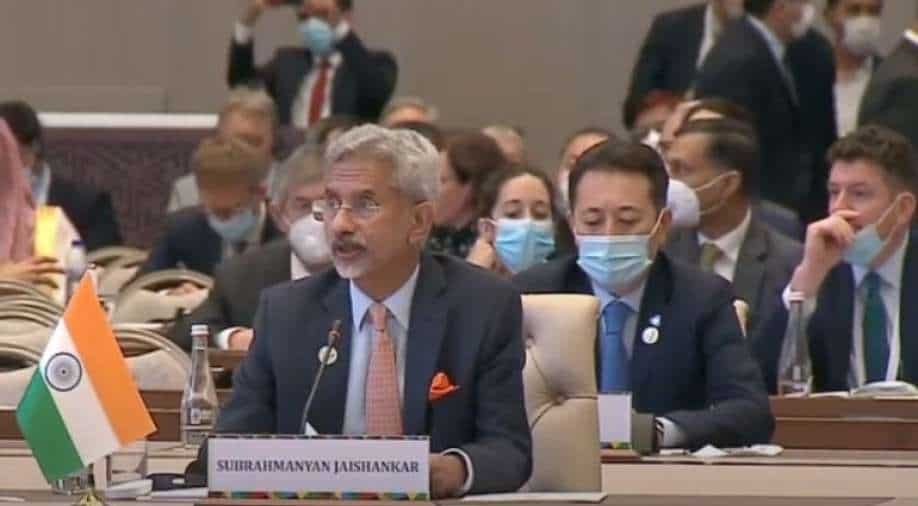 India's external affairs minister Dr. S Jaishankar has slammed Pakistan, China at the Uzbekistan connectivity summit pointing to the various deficiencies in the connectivity plans professed by Islamabad and Beijing.

Without taking Pakistan's name, EAM said, "The real issues are of mindsets, not of disputes. Blocking connectivity in practice while professing support in principle benefits no one." Earlier at the same meet, Pakistani PM Imran Khan mentioned the "Kashmir dispute" holding India, Pakistan hostage to the larger connectivity in the region.

EAM said, "A one-sided view of trade rights and obligations can never work. No serious connectivity can ever be a one-way street." Remember, Pakistan had in the past has not given India Most Favoured Nation status under WTO rules for trade. While India had given the status, it withdrew it after the 2019 Pulwama terror attack in which it lost 40 CRPF personnel. Islamabad also continues to hinder land connectivity between India and Afghanistan.

On Chinese connectivity plans, EAM said, "Respecting sovereignty and territorial integrity are the most basic principles of international relations." Remember China Pakistan economic corridor, the mega connectivity project that connects Gwadar port in restive Balochistan province to China's Xinjiang passes through Pakistan occupied Kashmir(POK). New Delhi has raised the matter with China many times, but the latter has been dismissive about the concerns.

Jaishankar highlighted, that Connectivity "must be based on economic viability and financial responsibility" and "should promote economic activity and not create debt burdens". Chinese connectivity projects from Sri Lanka to Central Asia have been known to create a lot of debt burden and economic crisis for the host country.

India also highlighted Chabahar port in Iran, in which it has majorly invested. EAM said port, "provides a secure, viable and unhindered access to the sea for Central Asian countries" and "Its efficacy is now clearly proven". India has proposed that Chabahar port should be included in the INSTC or International North-South Transport Corridor that connects Mumbai with Moscow.