Don't have words to express... : Hamid Nihal Ansari on return to India after 6 years in jail in Pak 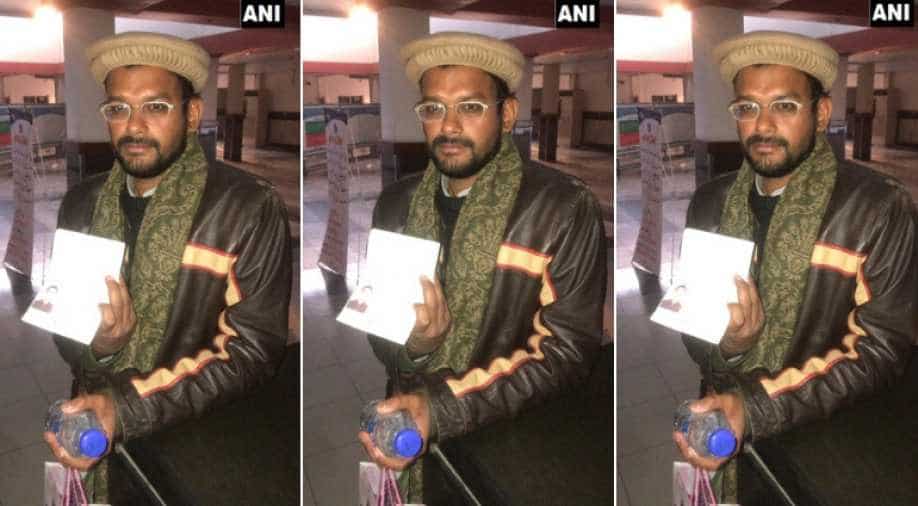 After six long years in jail in Pakistan, Mumbaikar Hamid Nihal Ansari was repatriated back to India on Tuesday. He had a tearful reunion with his parents and brother at the Wagah border; he had been in Pakistan for 2,232 days.

"Extremely happy. Back home after six long years. I don't have words to express..." Hamid said the media at Wagah.

Speaking to WION earlier, Hamid's mother thanked both the governments of India and Pakistan and "all those people who helped us right from the beginning, who stood on our side in our time of crisis". Hamid's father, Nehal Ansari, told WION, "We are very happy. no words to express our gratitude and happiness. Our thanks to all the people from the government of India and government of Pakistan. So many people were supportive. "

It may be noted here that India had put relentess pressure on Pakistan over Hamid. Ninety-six note verbales were issued to Pakistan seeking consular access and clarity on the charges against him, on which India received no satisfactory response.

Keeping in mind the fact that Hamid's court-mandated sentence was coming to an end on December 16, India upped the ante at multiple levels in the preceding weeks, seeking to ensure Ansari's release and quick repatriation to India.

Journalist Jatin Desai, who accompanied Hamid's family to Wagah and has been credited with his release, called on India and Pakistan to release more prisoners.  "They need to be seen from a humanitarian perspective, which we don't. Hamid can set an example," Desai told WION.

Earlier, welcoming Hamid's release, India said: "We would like Pakistan to take action  to also end the misery of other Indian nationals and fishermen whose nationality has been confirmed and who have completed their sentences, but continue to languish in Pakistan jails."

Hamid went to Pakistan via Afghanistan in 2012 after befriending on social media a Pakistani girl whom he fell in love with. He went to Pakistan's Kohat on a fake passport and was arrested by security officials.

Hamid Nihal Ansari's case has come to symbolise the many Indian and Pakistani nationals languishing in each others jails.

As per the India-Pakistan Agreement on Consular Access signed on May 21, 2008, Delhi and Islamabad exchange lists of "civilian prisoners and fishermen of each country lodged in the jails of the other" on January 1 and July 1 every year. According to the lists exchanged on July 1, 2018, there are 108 Pakistani fishermen and 249 Pakistani civilian prisoners in India’s custody. Pakistan has acknowledged the custody of 418 fishermen and 53 civilian prisoners who are Indian or are believed to be Indian in their jails.

Indian High Commissioner Ajay Bisaria, commenting on Hamid's release in a Facebook post, said, "We’re committed to bringing all our prisoners home. Too many still languish in prisons despite completing their sentences".

Sushma Swaraj suggested to the High Commissioner of Pakistan in October 2017 that the two sides could work together to resolve humanitarian issues related to the elderly, women and mentally unsound prisoners in each others custody, and consider their early release and repatriation. She proposed the revival of the joint judicial committee, and that a team of Indian medical experts be allowed to visit mentally unsound prisoners with a view to facilitating the verification of their nationality and subsequent repatriation. Pakistan responded positively on March 7, 2018.