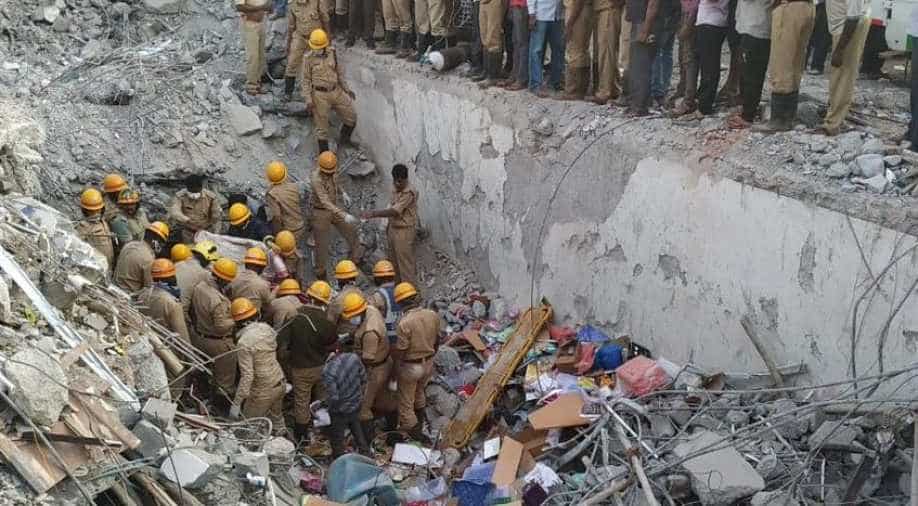 A man called Somu was trapped in the basement of the collapsed multi-storied building and has sustained minimal injuries.

The rescue team deployed at the site of a building collapse in Karnataka's Dharwad managed to pull out a person named Somu from under the debris. According to reports, Somu was stuck in rubble for nearly 62 hours.

He was trapped in the basement of the collapsed multi-storied building and has sustained minimal injuries.

Meanwhile, the death toll has reached 15 even as NDRF and SDRF teams, along with fire and emergency service personnel, are continuing rescue efforts.

An FIR has been registered against building owners, Ravi Basavaraj Sabarad, Basavaraj D Nigadi, Gangappa S Shintri, Mahabaleshwar Puradagudi and engineer Vivek Pawar, news agency ANI reported. All 4 owners have surrendered before the police; the engineer has been taken into police custody.

Meanwhile, Karnataka chief minister has announced that the district administration has already announced a magistrate inquiry into the mishap, adding that the "government is ready to appoint a retired High Court judge if required. It's suspected that more than 10 workers are still trapped under debris".

Kumaraswamy said he cannot announce any compensation since the model code of conduct for Lok Sabha polls was in place but he has entrusted the chief secretary to announce adequate compensation to the next to the kin of the deceased and injured.

The Chief Minister said that the rescue efforts will be conducted on a war footing and urged locals not to panic.

An under-construction building collapsed on March 19 in Karnataka's Dharwad.