Despite ban, farmers continue to burn stubble in Punjab 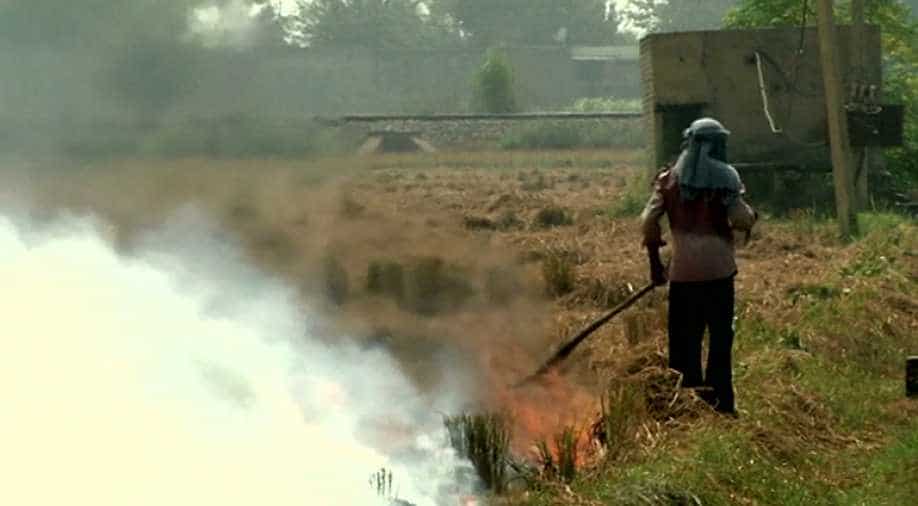 The threat of air pollution looms large over the national capital region as the harvest season has kicked in.

Even as the air quality index (AQI) in the national capital and adjoining areas continues to deteriorate, the farmers in the agriculture belt of India continue to burn stubble in their farms.

Once such case came to the fore on Saturday after smoke emanating from stubble burning choked the commuters on the National Highway 5 near Shambhu barrier here.

In the fire, the wheat crop spread over hundreds of acres of land was reduced to ashes.

The threat of air pollution looms large over the national capital region as the harvest season has kicked in. As per the latest AQI data, the air quality of Delhi's Lodhi Road area showed levels of prominent pollutants PM 2.5 and PM 10 at 57 and 203, respectively.

Following the directions of the Supreme Court last year, the Centre had approved a large sum of money for modern tools and technology to combat the problem of stubble burning.

A report issued by Punjab Pollution Control Board (PPCB) in October last year, however, said poor farmers continue to practice stubble burning despite a ban as they have no other alternative, owing to shortage and high-prices of Happy Seeder Machines, a tractor-mounted machine that cuts and lifts stubble and straw.