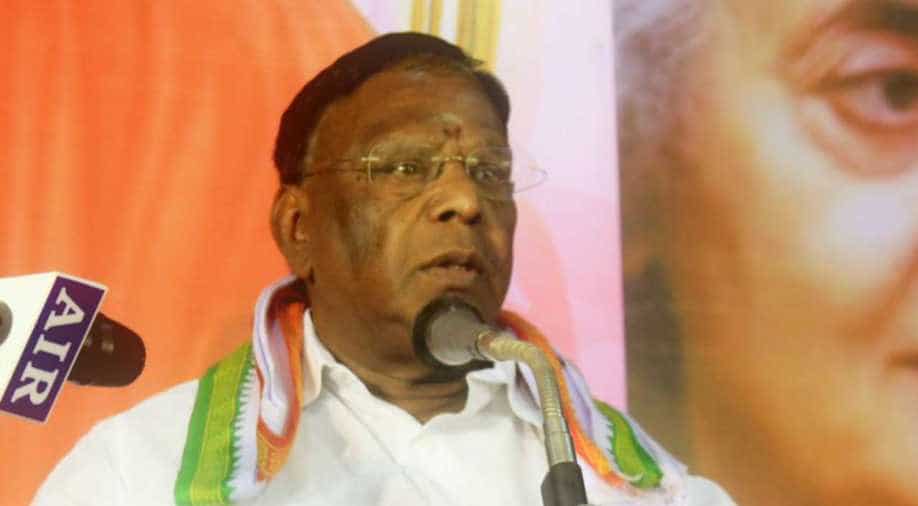 Puducherry Chief Minister V Narayanasamy said he has written to the leaders of the AINRC and AIADMK to participate in the agitation and that he was yet to get a reply from them.

Puducherry Chief Minister V Narayanasamy Saturday said his cabinet colleagues, legislators of the ruling Congress and its ally the DMK would participate in the demonstration at Jantar Mantar in Delhi on January 4 to urge the Centre grant statehood to the Union Territory.

Speaking to newsmen, the Chief Minister said leaders of Left parties, the VCK, MDMK, Pattali Makkal Katchi and other political outfits too would participate in the demonstration which is also aimed at asking the Lieutenant Governor Kiran Bedi to leave the Union Territory in view of her 'confrontation' with the elected government.

He said he has written to the leaders of the AINRC and AIADMK to participate in the agitation and that he was yet to get a reply from them.

Meanwhile, the AIADMK legislature wing leader A Anbalagan told newsmen that whenever Narayanasamy found the going unsmooth, he was taking up the statehood issue.

Anbalagan said the Chief Minister had already headed a delegation of MLAs to Delhi in July to urge the Centre to grant statehood and a memorandum was also submitted to Union Ministers.

''Nothing has happened so far, so how an agitation can be effective to get statehood,'' the AIADMK MLA wondered and recalled that during the UPA regime at the Centre statehood could have been granted to Puducherry.

Puducherry government had passed resolutions on more than 15 occasions in the Assembly persuading the Centre to grant Statehood and nothing had come about, Anbalagan said.