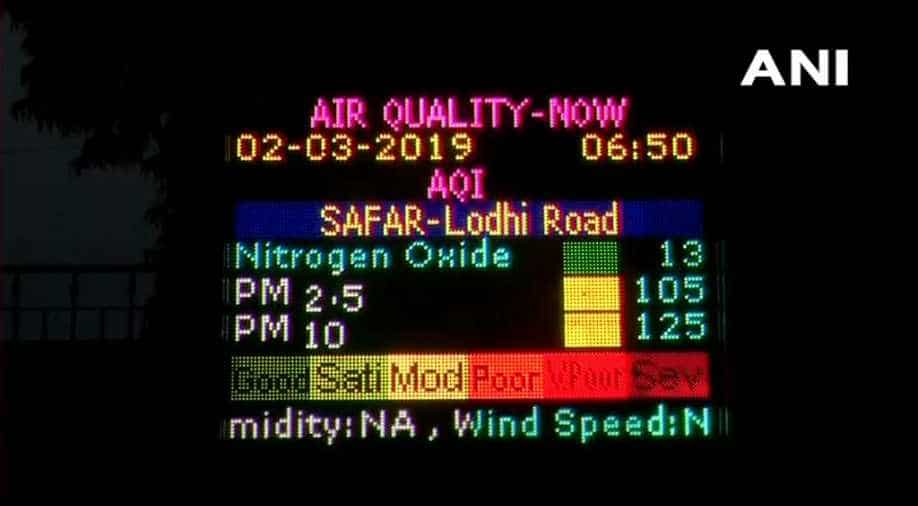 The national capital and its adjoining areas such as Gurugram, Faridabad, Ghaziabad and Noida on Saturday woke up to scattered rainfall bringing some respite from the cold wave and air pollution.

The thunderstorm with hail is predicted for Sunday too and a generally cloudy sky with light rain or drizzle has been forecast for Monday, March 4, according to the Indian Meteorological Department (IMD).

At 8 in the morning, the Air Quality Index was docking at 173 which falls in the "moderate category".

Overall air quality over Delhi is in moderate category but it is predicted to enter into the  "poor" category on Sunday owing to increased moisture in the air and normalisation of wind speed which was becoming high during the day time for the past few days, according to System of Air Quality and Weather Forecasting And Research (SAFAR).

However, moisture is not going to last longer and may precipitate bringing back the AQI to "moderate" from Sunday onwards, it said.

According to Skymet Weather, a private weather forecasting agency, "On March 2, another fresh Western Disturbance will approach the northern hills which will once again induce a cyclonic circulation over the northwestern plains. A trough will also extend from circulation up to south Uttar Pradesh. This trough will be responsible for giving scattered rain and thundershowers over Delhi-NCR on March 2 and 3. Thereafter, the weather systems will once again weaken and move eastwards, leading to commencement of dry and cold northwesterly winds," Skymet added.