Delhi government mulls use of anti-smog guns to fight pollution 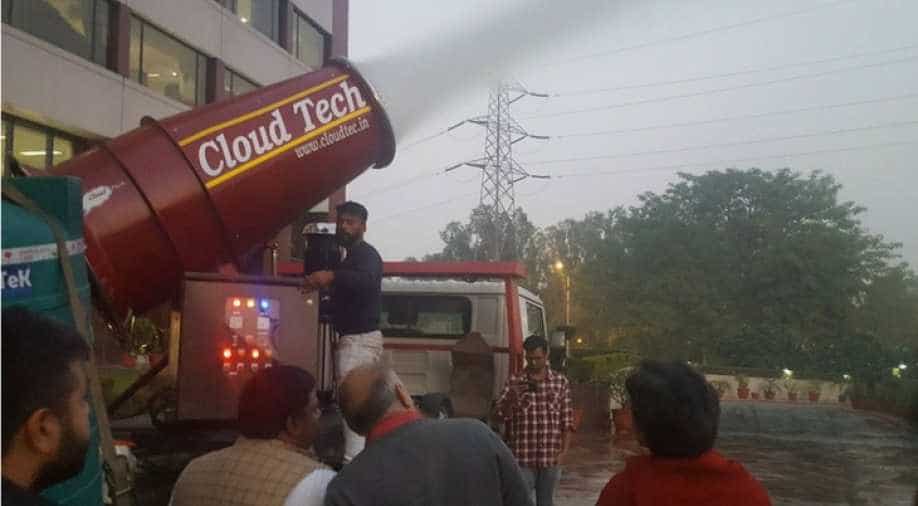 A trial was conducted Monday at the Delhi Secretariat. Another will be conducted Wednesday at Anand Vihar ISBT. Photograph:( Twitter )

The Delhi government may use anti-smog guns to try and bring down pollution levels.

To test the efficacy of the move, a trial was conducted Monday.

The gun sprays atomised water into the air, which then helps bring down pollution.

The gun is connected to a water tanker and can be transported around the city.

The trial on Monday evening was conducted at the Delhi Secretariat.

Officials said the gun can spray water up to a height of 50 metres.

"The plan should cover a time-frame not exceeding 16 months and also indicate the exact requirement of funds. The chief secretary has been asked to coordinate and finalise it," the LG's office said in a statement.

Another trial will be conducted Wednesday at Anand Vihar ISBT.

The gun, if the authorities decided to buy it, will cost around Rs 20 lakh a piece.