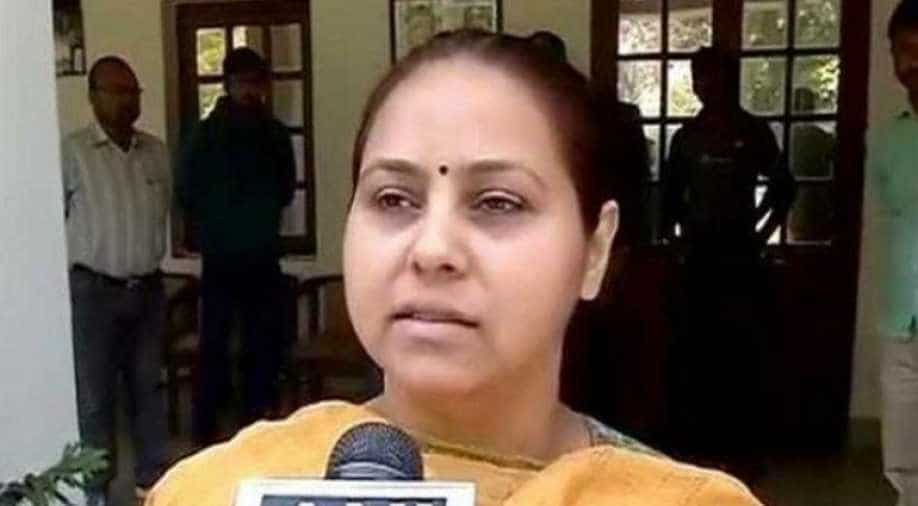 The RJD MP and her husband Shailesh Kumar were produced before the special CBI court which granted them bail on a personal bond of Rs two lakh and the condition that both cannot leave the country without the court's permission.

The Enforcement Directorate (ED) opposed the bail plea of the accused on the grounds that they indulged in a "very serious" economic offence which were against the nation.

"Persons on such a post are committing such kind of activities which are totally against the nation," ED counsel Atul Tripathi said.

The court asked if the probe agency had arrested the couple during the case investigation to which the ED replied in the negative.

Misa Bharti has put the onus of running a company being probed for money laundering on her husband and a dead CA.

The Enforcement Directorate has alleged that Misa and her husband "actively conspired" to launder Rs 1.2 crore using shell firms.

In its chargesheet filed against the couple in December, the CBI had said they were "party and actively connected with proceeds of crime including its concealment, possession, acquisition or use and projecting or claiming it as untainted property, and thus are guilty of offence of money laundering."

A special court in Delhi took cognisance of the chargesheet - called the prosecution complaint under the Prevention of Money Laundering Act - and summoned the couple as accused in the case.

The case is related to the purchase of a farm house in Delhi by Misa Bharti and her husband in the name of their company - Ms Mishail Packers and Printers Pvt Ltd - "using Rs 1.2 crore involved in money laundering in the year 2008-09."