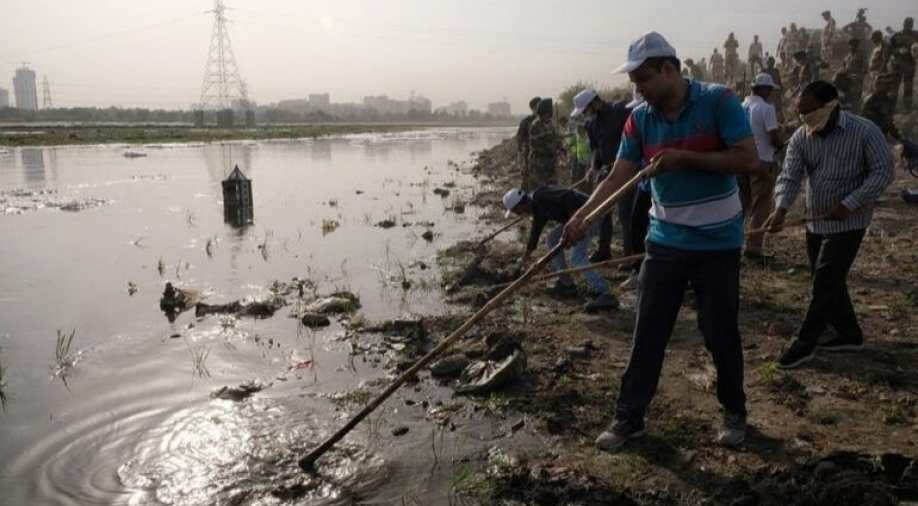 The team of Namami Gange project are also appealing the residents and school children to come forward and actively participate in it.

As a part of the Namami Gange project, a cleanliness drive was organised at Yamuna ghat near Kalindi Kunj on World Cleanup Day on Saturday in which many young volunteers participated.

The members are now trying to pull Residents Welfare Associations (RWAs) of the city to urge people to participate in this project.

They are also appealing the residents and school children to come forward and actively participate in it.

"To mark the birth anniversary of Mahatama Gandhi on October 2, we will organise a cleanliness drive on large scale on every river bank. Another campaign which is receiving a good response is the Swachta hi Seva campaign in which people are participating in large numbers," he added.

A physically handicapped man, Bhavesh Tipadiya also actively participated in the campaign with others.

"Everyone should realise their responsibility towards nature. If one will take part, others will also follow. We should not use single-use plastics. Money cannot buy clean air, water, therefore it is our responsibility to protect it for future," he said.