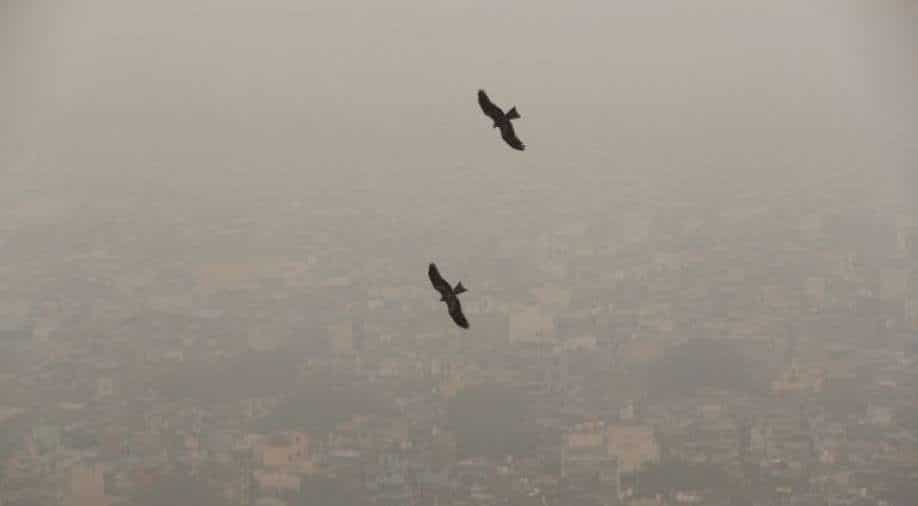 India's pollution control board has temporarily banned some construction activity in New Delhi and called for stringent measures to stop farm fires causing air quality to plummet and leaving a toxic haze.

The Indian capital has been facing one of the worst spells of air pollution in years, which doctors and environmentalists say is worsening the health effects of a third wave of coronavirus infections.

Delhi's air quality index was "very poor" at 334 on a scale of 500 on Wednesday. That was an improvement from severe conditions in the past three days after wind picked up and dispersed pollutants. But air quality is forecast to deteriorate closer to the Hindu festival Diwali this weekend, the Central Pollution Control Board (CPCB) said in a notice.

The CPCB ordered a shutdown of asphalt mixing plants and stone crushers until Nov. 17 in the capital and satellite cities, and told city authorities to ensure stricter enforcement of dust control at all construction sites and penalise violators. Other measures included stepping up mechanised cleaning of roads and checks on rubbish burning.

Beyond the capital itself, the pollution board ordered the state governments of nearby Punjab and Haryana to take "immediate stringent actions" to curb stubble burning, which has been a major source of air pollution this season.

"These are temporary measures where the big challenge would be enforcement," said Anumita Roy Chowdhury, an executive director of research and advocacy at the Delhi-based Centre for Science and Environment.

"But, the awareness level among people needs to go up dramatically this year because of COVID-19."

On Monday, India's main environment court, the National Green Tribunal, forbid the sale and use of firecrackers, a traditional part of Diwali celebrations.