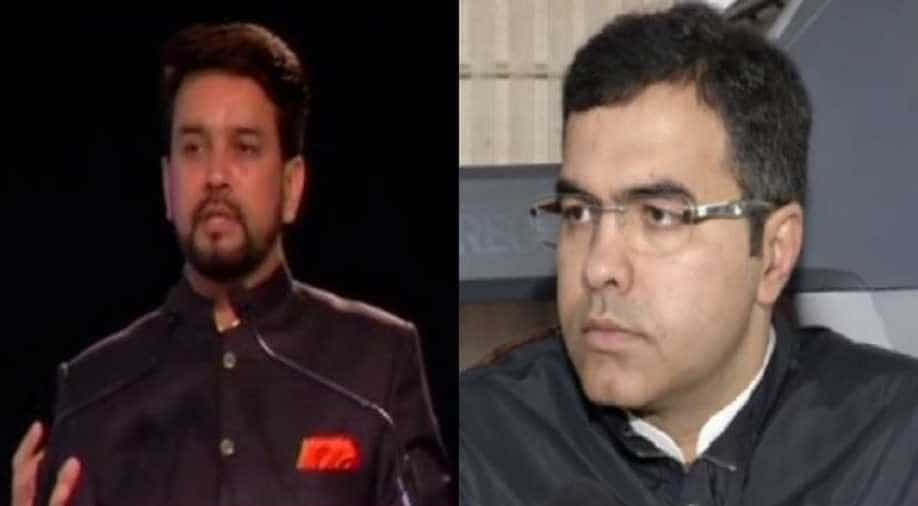 An order issued by the poll body on Wednesday barred the two leaders who made objectionable comments while campaigning during election rallies.

The Election Commission on Wednesday ordered the expulsion of BJP leaders Anurag Thakur and Parvesh Verma from the list of star campaigners for upcoming Delhi Assembly Election over their objectionable comments.

The order has been issued by the Election Commission that barred the two leaders from campaigning for their party who made disputable comments during poll rallies.

"The Election Commission has ordered the removal of Anurag Thakur and Parvesh Sahib Singh Verma from the list of star campaigners of the Bharatiya Janata Party for the general elections to the Legislative Assembly of the NCT of Delhi with immediate effect and until further orders," it stated. 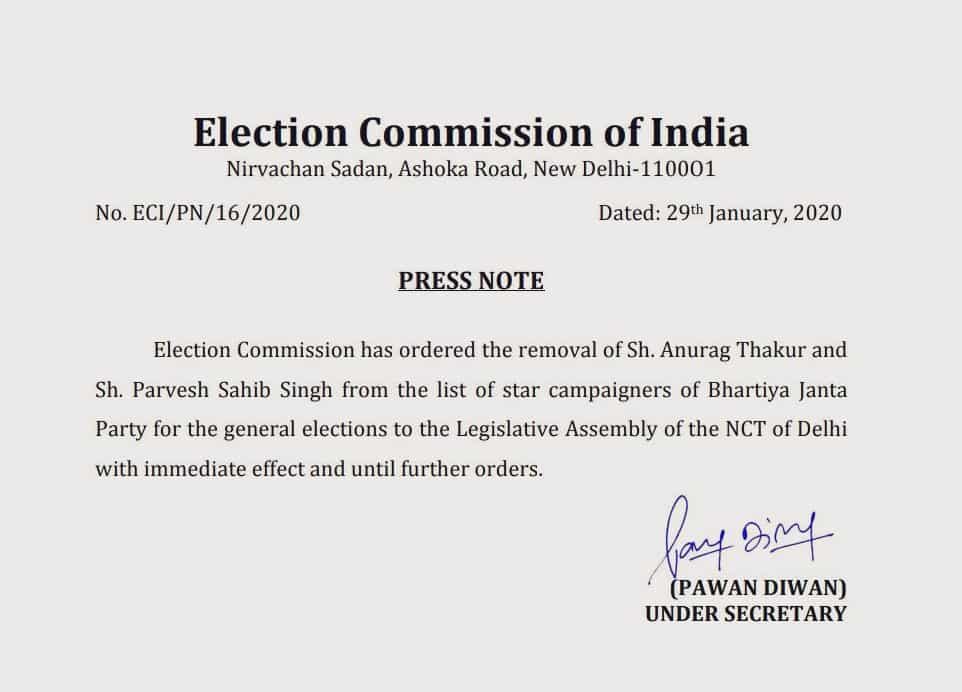 The West Delhi MP Parvesh Verma, who asserted in an election rally on Monday that the Shaheen Bagh protest site will be cleared in an hour on February 11 if his party comes to power, also said what happened in Kashmir with Kashmiri Pandits could happen in Delhi too.

On the other hand Union Minister, Thakur was heard saying to a rally that  "traitors should be shot at" as he was lashing out at anti-CAA opposers.