Delhi: 17 dead as fire breaks out in Karol Bagh hotel 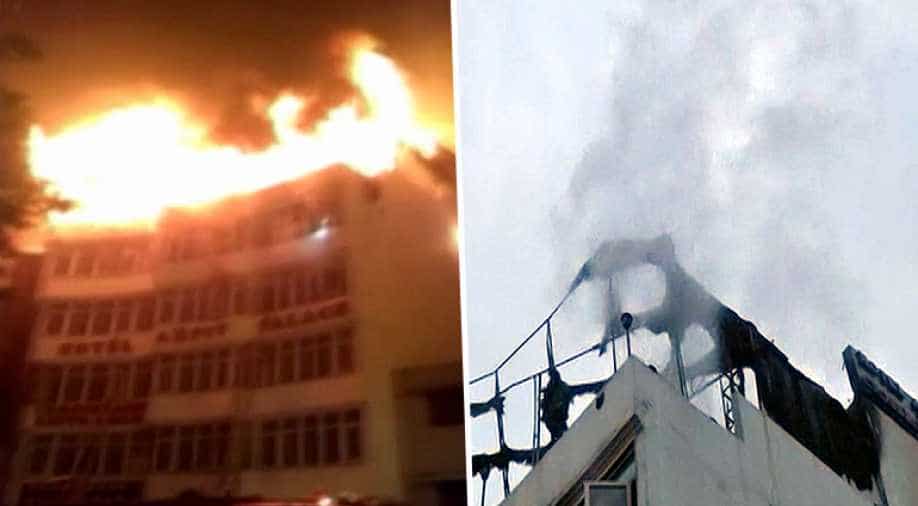 Around 25 fire tenders were rushed to the spot to douse the fire.

At least 17 people died in a massive fire that broke out at Hotel Arpit Palace in Karol Bagh, in central Delhi, early on Tuesday morning.

A call about the fire was received at 4.35am and 24 fire tenders were rushed to the spot, a senior officer from the Delhi Fire Service said. It took the fire tenders more than four hours to douse the fire, said the officer.

"Fire has been doused and bodies are being taken out now. Rescue operation is underway," said Sunil Choudhary, Deputy Chief Fire Officer.

"We have started the investigation and will be able to tell more about the incident when it is complete. Seventeen people have been killed so far and 4-5 others have been injured," said M S Randhawa, Deputy Commissioner of Police, Central Delhi.

More than 25 people have been rescued so far, but the authorities believe several others are still trapped inside the hotel.

The injured have been rushed to three hospitals including the Ram Manohar Lohia Hospital (RML).

"A magisterial inquiry has been ordered, the district magistrate has been asked to probe the incident. All the hotels in the area will undergo safety checks," said Delhi minister Satyendra Jain.

Delhi Hotel Association Vice President Balan Mani, meanwhile, said, "All norms were followed here; license is issued only after inspection. Mishappening can occur in a house as well, " he added.

A video of the incident showed two people jumping from the fourth floor of the building. According to eyewitnesses, most deaths were caused due to suffocation.