'Deeply concerned': Beijing on ICMR's decision to not use coronavirus rapid test kits from Chinese firms 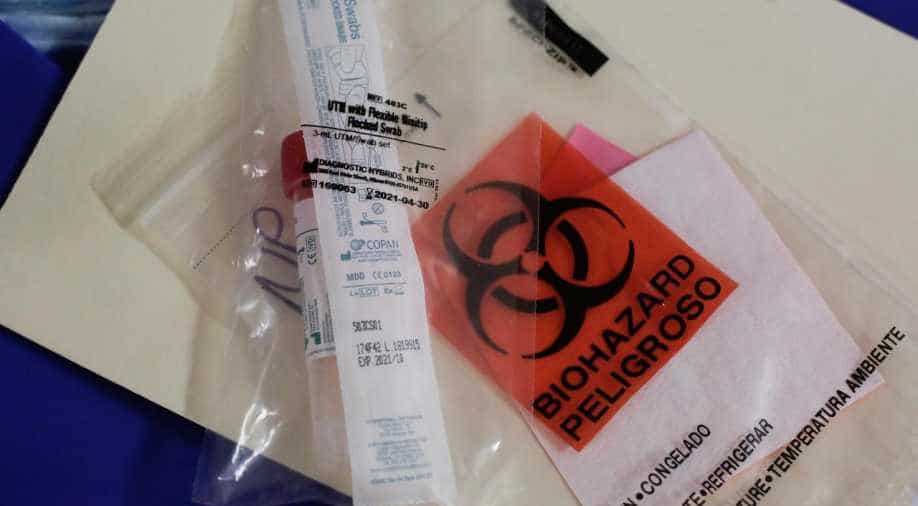 The ICMR on Monday asked states and union territories to stop using the test kits procured from the Chinese companies Guangzhou Wondfo Biotech and Zhuhai Livzon Diagnostics due to "wide variations" in their performance.

China on Tuesday said it was "deeply concerned" over the evaluation result of the COVID-19 rapid testing kits supplied to India by two Chinese companies and subsequent decision by the Indian Council of Medical Research (ICMR) to not use the equipment, and hoped that New Delhi will resolve the issue "reasonably and properly".

The ICMR on Monday asked states and union territories to stop using the test kits procured from the Chinese companies Guangzhou Wondfo Biotech and Zhuhai Livzon Diagnostics due to "wide variations" in their performance.

"We are deeply concerned with the evaluation results and the decision made by the Indian Council of Medical Research. China attaches great importance to the quality of exported medical products," Chinese embassy Spokeperson Ji Rong said.

In a statement, she also said it is "unfair and irresponsible for certain individuals to label Chinese products as 'faulty' and look at the issues with preemptive prejudice."

Ji, however, did not clarify who are the individuals she was referring to.

At the same time, the spokesperson said China will continue to support India's fight against the pandemic and will jointly work with New Delhi to overcome the challenge "at an early date" to protect people of the two countries from the infection.

India procured around 5,00,000 rapid antibody test kits from the two Chinese firms nearly two weeks back and they were distributed to several states reporting rising cases of the coronavirus infection.

In a communication, the ICMR asked states and union territories to return the kits to the central government so that they can be sent back to the suppliers.

The government said not a single rupee will be lost as payments were not made to the Chinese suppliers of the kits.

The procurement of the kits from the two Chinese companies have been cancelled after the equipment were found under-performing, the government said.

In her statement, Ji said the Chinese Embassy has maintained close contact with the ICMR and the two Chinese companies to find out the "real situation", adding China not only sincerely supports India in its fight against COVID-19, but has also been taking concrete actions to help it.

"The COVID-19 antibody rapid test kits produced by these two Chinese companies have been exported to and well recognised in many countries in Europe, Asia and Latin America," Ji said.

"We have also learned that there are strict requirements for the storage, transportation and use of COVID-19 antibody rapid test kits. Any operation which is not carried out by professionals in accordance with the product specifications will lead to the testing accuracy variations," she added.

The Chinese embassy spokesperson hoped that India would respect "China's goodwill and sincerity, strengthen communication timely with relevant Chinese companies based on facts, and resolve it reasonably and properly."

"Viruses are common enemy of mankind. Only by working together, can we win this battle against the epidemic. Following India's epidemic situation, China has been feeling the same, shared its experiences in epidemic prevention, control and treatment, and donated medical materials to India," Ji said.

The spokesperson said China and India have maintained close communication and cooperation since the outbreak of COVID-19.

"We will continue to support India's efforts in fighting COVID-19, strengthen medical and health cooperation, and jointly work with India to overcome the difficulties at an early date, so as to safeguard the safety and health of our peoples as well as global and regional public health security," she added.

A number of states, including Rajasthan and West Bengal, complained about the quality of the test kits, following which the ICMR asked them to temporarily not use them.