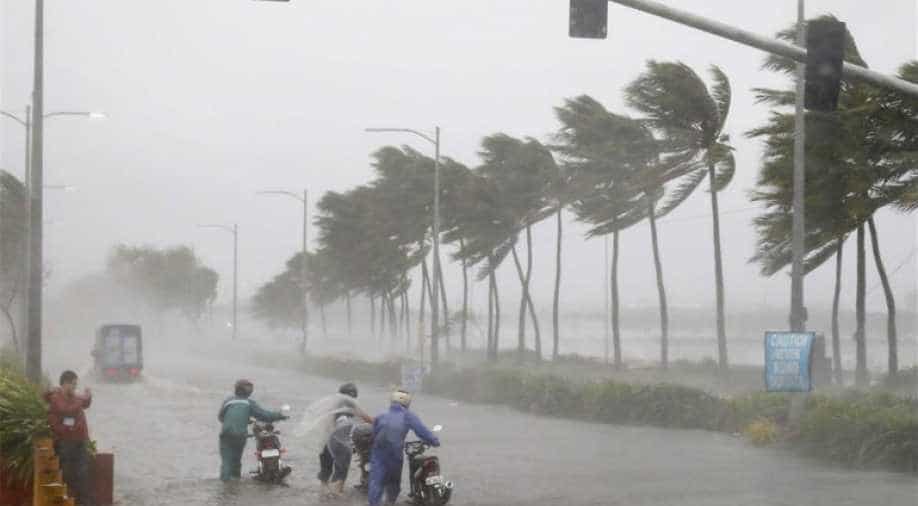 Around 160 people in Puri and three people in Bhubaneswar have been injured and are undergoing treatment in hospital, State Emergency Operation Centre (SEOC, Odisha) said giving details of the damage caused by Cyclone Fani and steps taken to bring the situation back to normalcy.

It also said that in Puri district extensive damages have occurred to all "kutcha" houses."Structures of temporary street vendors have been completely damaged. Special Circuit House Puri, Office and Residence of SP and Collector have been badly damaged like many other buildings. All telephones and cell phones are down in Puri district," it said on Tuesday.

The power supply has been snapped due to the uprooting of electricity poles, damage to substations and transmission lines. SEOC further said that clearing of roads blocked due to the uprooting of trees is going on and power restoration process is in full swing."Road communication in Ganjam and Gajapti districts has been completely restored. Road clearance and restoration work in other districts including Bhubaneswar city are going on," added SEOC.

Around 14,18,082 persons have been evacuated and sheltered till now. 24,889 numbers of tourists have been safely evacuated from Puri, Ganjam, Cuttack and Balasore districts. In Bhubaneswar, train services resumed to normalcy on 05th May. Dairy plants are also fully operational in the city.

Talking about the relief works, SEOC said, 15889 packets of relief materials (Chuda, Gur, Biscuit, Candle, Match Box and Salt) has been handed over to Puri while 4632 packets have been handed over to Khordha district. Three medical teams of Indian Coast Guard, at Paradip with first aid kit, emergency medicines and critical care ambulance assisting the administration.

Around1.15 lakh water packets and 1.5 lakh chlorine tablets have been dispatched from Pondicherry to Bhubaneswar, according to SEOC. Around 321 Mobile Medical Teams have been deployed in the affected regions. 56 doctors from outside have been deployed to Boudh, Jagatsinghpur, Kendrapada and Puri.

In Puri district, 64 out of 560 roads have been cleared. In Khurdha and Cuttack, all roads except 11 have been cleared, SEOC informed. 20 Odisha Disaster Rapid Action Force (ODRAF) teams, 44 National Disaster Response Force (NDRF) teams, 525 fire teams have been deployed for search-and-rescue and road clearance in the affected areas.

Another 22 teams of Odisha Forest Development Corporation (OFDC) have been deployed for road clearance and tree cutting in Bhubaneswar City. The district of Puri and parts of Khurdha have been extremely severely affected. For all families covered under food security, 50 kgs of rice plus Rs. 2000/- and polythene will be provided, SEOC said.

Apart from this, a compensation of Rs 95,100 for fully damaged structures, Rs 5,200 for partially damaged structures and Rs 3,200 for minor damages will also be provided. Cyclone Fani which made landfall in Puri district on Friday last week left a trail of destruction in the state.