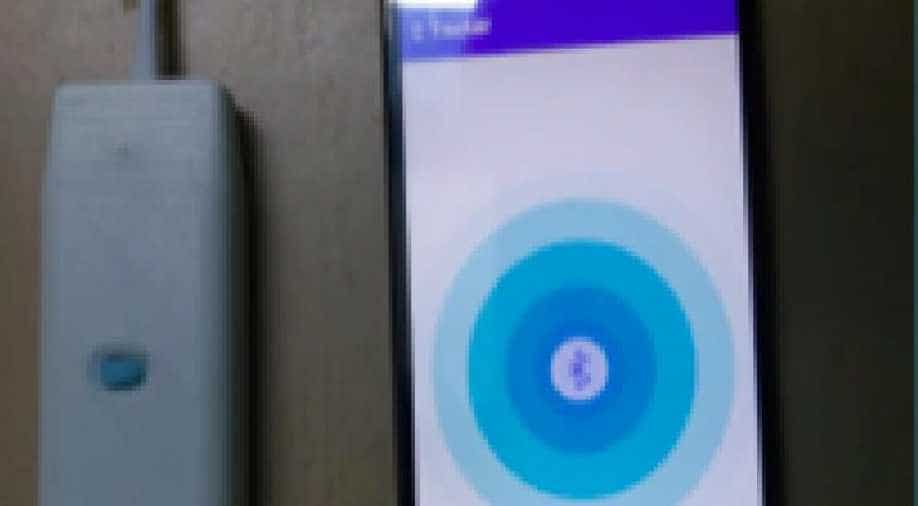 The development gains significance as states in India are recommending home-quarantine of asymptomatic COVID-19 positive patients, for optimal utilization of hospital beds for the critical patients

A team of researchers in Chennai’s NHHID have come up with a Bluetooth-based thermometer that can not only detect fever but also communicate with a smartphone App and share the location.

It is meant to aid authorities in identifying and isolating clusters of cases where fever is prevalent. After development, prototyping, and preliminary testing, the initial batch of 1000 thermometers will be manufactured.

“With increasing COVID-19 cases the door-to-door screening campaigns become less practical and that’s where the smart thermometer comes into play. We can monitor the temperature of individuals and plan for further measures without any external help. On switching it on, it gets linked to the phone’s Bluetooth and the location will also show up on the App. Just like any thermometer, one can self-examine and the results would show on the smartphone, and if in case there is a fever the data and location is sent to the server” Dr. Senthilvelan an Orthopedic Surgeon who is behind this concept told WION.

The team of eight developers at Chennai’s National Hub for Healthcare Instrumentation Development, Centre for Biotechnology, Anna University(NHHID) have partnered with a Bengaluru-based firm Triphase technology for the manufacturing, following which extensive filed trials would be conducted.

According to the developers, the utility of this product must be seen even beyond the current COVID-19 situation, as there have always been such infections that result in fever as one of the major symptoms.

Dr. Senthilvelan added that this specific prototype could have been in the form of a watch or a bracelet or a necklace, but it was a conscious decision to shape it like a thermometer and recommend that the temperature be recorded from the axilla (armpit) due to the variations in skin temperature at different parts of the body.

“COVID-19 has changed our lifestyle and the future will become more online-oriented. We see this as an opportunity to enhance digitization in biomedical gadgets and develop apps for them as well. The patient can monitor the temperature and the doctor can consult based on the available information, while being far apart. We are also working on another bio-medical device prototype that can monitor vital signs and share the data to the server, thus enabling near-live consultancy” Prof S.Muttan, Coordinator, NHHID, Anna University told WION.

This development gains significance as states in India are recommending home-quarantine of asymptomatic COVID-19 positive patients, for optimal utilization of hospital beds for the critical patients.

With the all-India COVID-19 figures surpassing the 70,000-mark and most densely populated cities being among the worst hit, the fever tracker could prove to be a tool that enables more centralized, app-based fever tracking among users.

The current version of the thermometer is dependent on smartphones and the App is supported on both major mobile platforms, the developers said.

Prof Sankaran , Professor of Eminence, Anna University believes that internet-of-things concepts can be integrated with medical technology, it would go a long way in studying, identifying disease control measures.

“Since all major diseases are accompanied by a fever, the pattern can be used to understand the doctors can decide what fever pattern corresponds to which disease. While the initial unit cost is Rs.350, mass manufacturing can bring down the unit cost to about Rs.100-150. For the cost of the normal thermometer we hope to provide a remote temperature monitoring tool for households” he said.