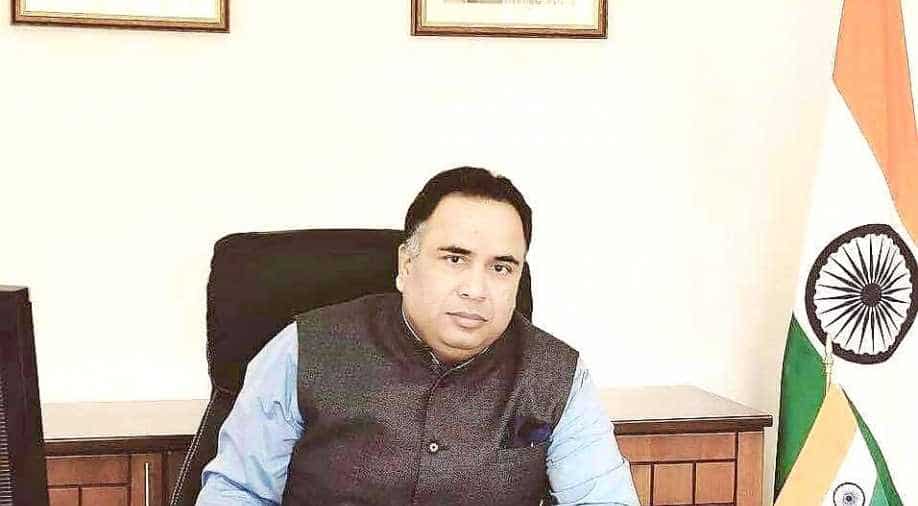 Prime Minister Shri Narendra Modi recently conversed with President Mahmoud Abbas over phone, appreciated the efforts being made by Palestine to protect its population from the virus and also assured all possible support from India for these efforts.

India will be sending its medical supplies to Palestine and currently, these supplies are under preparation. Speaking exclusively to our diplomatic correspondent Sidhant Sibal from Ramallah, India's representative to the State of Palestine Sunil Kumar said, "recent global battle against the COVID-19 pandemic also witnessed India’s pledge to assist Palestine".The Representative Office of India is in contact with Indian citizens who reside in the East Jerusalem, West Bank and Gaza Strip to ensure their safety.

WION: How is India reaching out to Palestine to help at the time of COVID crisis? Indian PM Modi has assured all possible support. How much medicine --HCQ we sending to it?

Prime Minister Shri Narendra Modi recently conversed with President Mahmoud Abbas over the phone, appreciated the efforts being made by Palestine to protect its population from the virus and also assured all possible support from India for these efforts.

During the telephone conversation, President Abbas expressed his confidence in the ability of India and Indian people under the wise leadership of Prime Minister Modi to overcome this global ordeal (corona-virus) as quickly as possible with minimal loses. Last week over the phone, Hon’ble External Affairs Minister Dr S. Jaishankar and Palestinian Foreign Minister Dr Riad Malki also discussed mutual efforts to fight the global pandemic. Dr. Jaishankar highlighted the strong historical relations between the two countries, the friendship between the two peoples and assured India’s medical assistance to Palestine at this critical time in which unified efforts of humanity is needed to overcome the pandemic. The medical supplies from India are currently being prepared and will reach Palestine very soon.

WION: What has been the situation on the ground in Palestine..this when Ramazan is on?

Sunil Kumar: As of now, the virus outbreak in Palestine is under control with around 495 detected cases, out of which 83 have recovered and only 4 deaths have been reported. The situation would have been worse but due to the promptness and early preemptive measures adopted by the Government of Palestine, the situation hasn’t aggravated and the total number of cases haven’t soared like in other countries of the region, in spite of all odds faced and the relatively limited resources that Palestine has.

The holy month of Ramadan in Palestine is usually celebrated with lots of enthusiasm, joy and social outreach amongst the citizens. Unfortunately, Ramadan, this year comes at a very critical time in the history of humanity. In line with the measures taken by the Government of Palestine to counter the spread of the virus which include prohibiting public gatherings and closure of places of worship, but nonetheless the people are doing their best to keep the spirit of Ramadan alive since they truly believe that at times of hardship collective efforts towards compassion, patience and harmony must prevail.

WION: Any Indian pilgrims in the territory. How has been the 800-year-old Indian hospice Jerusalem, it has been used by Indians.

Sunil Kumar: Due to the prevailing political situation in Palestine, the Indian community here is quite limited. The Representative Office of India is in frequent contact with our citizens whom reside in the East Jerusalem, West Bank and Gaza Strip to ensure their safety and any needs in case required. Additionally our Mission has put to service a 24 hours/7 days a week emergency helpline for members of our Indian community in Palestine.

The Indian Hospice in the Old City of Jerusalem is a true beacon of friendship and historic bonds that link our two peoples. Initially founded by Indian pilgrims at the dwelling place of Indian Sufi Hazrat Farid ud-Din Ganj Shakar (Baba Farid) around the year 1200, and throughout the following centuries, the Hospice adjacent to Al-Aqsa Masjid has served as a shrine, a pilgrims’ lodge, and a leave camp for the Indian Fourth Infantry division in 1948. During the 1967 Six-Day War, the Hospice was bombarded and sustained severe damages. In the early 1990’s the Hospice witnessed massive renovations and life reflowed back to it. Prominently standing with the Tri-Colour within the historic walls of ancient Jerusalem, the Hospice today houses a library, a prayer chamber and guest rooms where Indian officials, guests, pilgrims and visitors reside during their visits to the City.