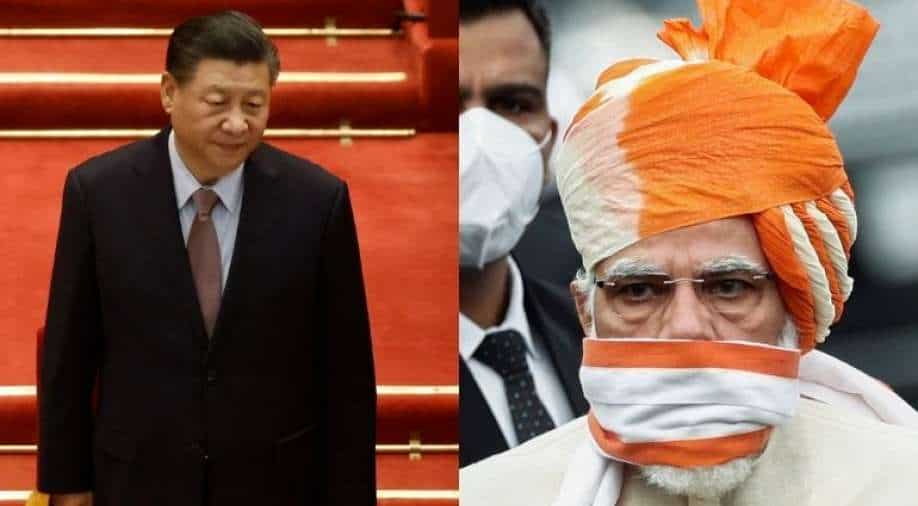 In a letter that was sent on Friday, the Chinese president said that he is "very concerned" about the recent situation of the COVID-19 pandemic in India and on behalf of the "Chinese Government and people, as well as in my own name," he expressed "sincere sympathies to the Indian Government and people."

This is the first official communication between the two leaders since the last year's stand-off in eastern Ladakh and the Galwan Valley clashes.

Highlighting how "humanity is a community with a shared future", Xi said, "only through solidarity and cooperation can countries around the world ultimately defeat the pandemic."

"Chinese side stands ready to strengthen cooperation with the Indian side in fighting the pandemic and provide support and help in this regard", he said, adding, "I believe that under the leadership of the Indian Government, the Indian people will surely prevail over the pandemic." 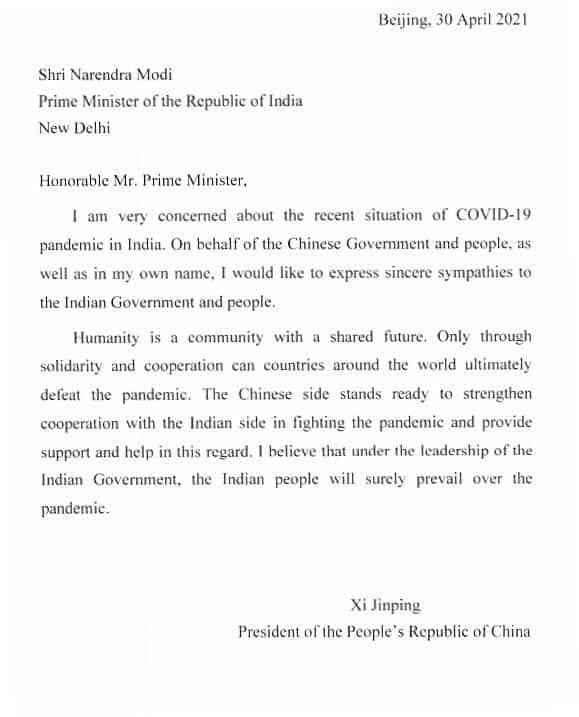 Earlier, Sun Weidong, Chinese ambassador to India, said on Thursday that Beijing has provided India will over 5,000 ventilators and 21,569 oxygen generators, among other supplies.

"Since this April, #China has supplied more than 5000 ventilators, 21569 oxygen generators, over 21.48 million masks & around 3800 tons of medicines to #India, according to statistics of the General Administration of Customs of China," the envoy wrote on a tweet.

A few days ago, media reports said that the US-India Strategic Partnership Forum (USISPF) accused Beijing of stopping shipments of oxygen concentrators being procured from China to be delivered to India.

Chinese foreign ministry denied these reports, with Foreign Minister Wang Yi on Thursday saying that the country would do the utmost to help India fight the pandemic.

He also said that the anti-pandemic supplies from China are entering India at a faster pace.

(With inputs from Sidhant Sibal)