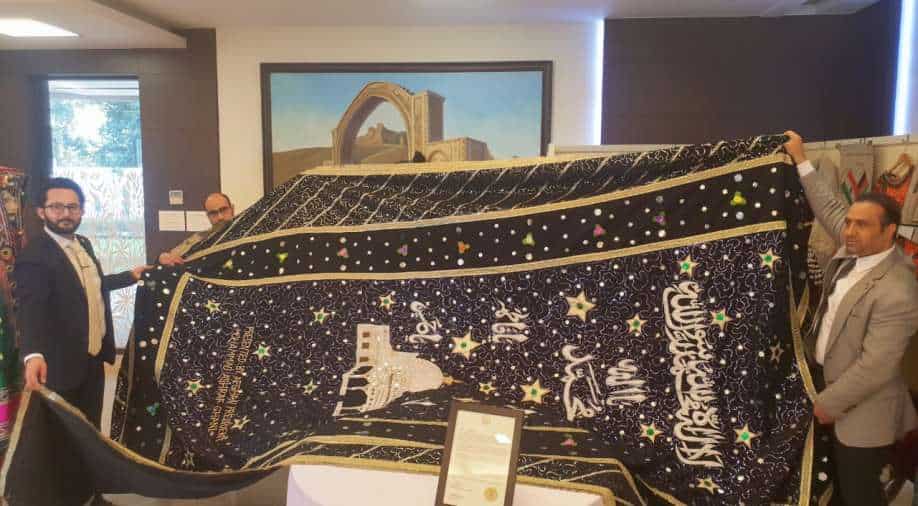 The "Chadar" by Afghan President Ashraf Ghani for Ajmer Sharif arrived from Kabul and will be offered at the famous Dargah on Friday. The Chadar will be offered on the occasion of the 809th Urs of Khwaja Moinuddin Chishty.

In the past, US President Barack Obama had sent a 'Chadar' to Ajmer Sharif.

Afghan President has sent a message also -- "It is a singular honour to offer 'Chadar' and as an Afghan and as a student of Sufi order for over 50 years, I have been fascinated with character, impact and reach of Khawaja Garib. Nawaz. Despite a thousand years, there is much to study and learn from the way the Chishty order spread from a district in Herat to becoming a moral force in the continent."

Paying his respects to Khwaja Moinuddin Chishty, the Afghan president said, "Millions of people across the centuries have found comfort, meaning, and direction from absorbing the reflection of Chishty order in general and the foundational thought of Khawaja Moinuddin in particular."

The idea was the brainchild of Afghan Cd' A (charge de affairs) Tahir Qadiry who had visited the holy place a month ago and was able to convince the Afghan president. Tahir told WION, "This is quite important because President Ghani being the first to send it and a message of solidarity, love to all, malice to none. Khwaja Moinuddin Chishty is the bridge between Afghanistan and India."

A team of Afghan diplomats led by the Afghan mission's cultural attaché Ajmal Alimzai will visit Ajmer with the Chadar. The Chishty Order in Islam, which Khwaja Moinuddin Chishty propagated, follows the popular Sufi tradition. It began in Chishti, a small town near Herat, Afghanistan.

The order known for its tolerance and openness is quite popular in the Indian sub-continent and includes many other famous Sufi saints like Nizamuddin Auliya whose Dargah is in Delhi. The Chishty order is still thriving in Afghanistan.