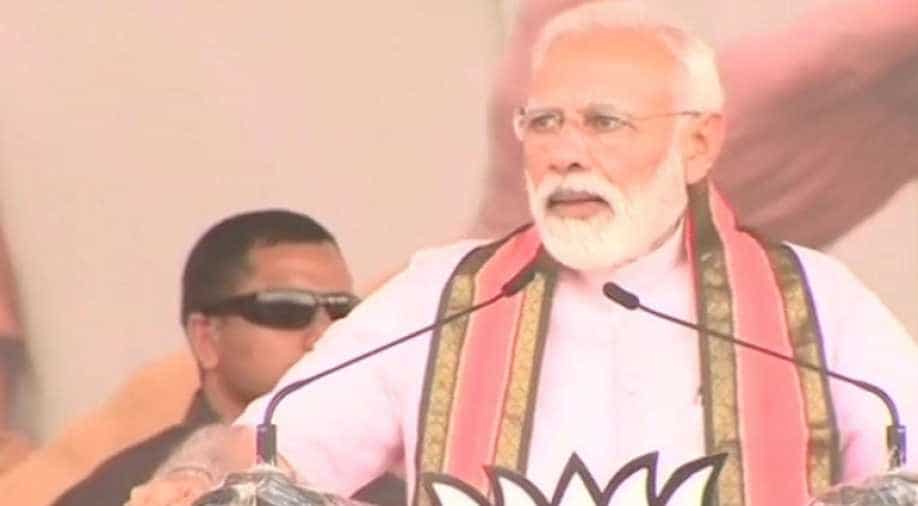 The officer from Karnataka cadre, deployed in Odisha as a general observer, was suspended on April 17 for checking Modi's helicopter in Odisha's Sambalpur in 'violation' of norms for dealing with SPG protectees and sent back to the state.

The officer from Karnataka cadre, deployed in Odisha as a general observer, was suspended on April 17 for checking Modi's helicopter in Odisha's Sambalpur in "violation" of norms for dealing with SPG protectees and sent back to the state.

The CAT maintained that during an election process while reasonable assurances of protection and security must be made available to SPG protectees, it cannot be said "they are eligible for anything and everything."

The bench also ordered issue of notice to the EC and "four others" and posted the matter for further hearing on June 6.

Mohsin had tried to check some luggage in the convoy of the Prime Minister during his campaign visit and the EC had said he had acted in violation of its existing instructions.

In its order, CAT member (Judicial) Dr K B Suresh noted there was a circular regarding the SPG protectees that they are exempted from certain examinations on certain grounds.

"We will not go into the SPG protectees guidelines as per the bluebook right now, but the rule of law must prevail," he said.

The CAT also took note of the plea of the applicant's counsel who said there were news about heavy packages unloaded from prime minister's cavalcade being taken away in other vehicle.

Questions were raised but apparently no action followed, it said.

Noting that under the Constitutional process of federal structure, even though the EC has the supervisory powers over the employees under its control at that moment of time, the CAT said once they are out of it, the commission's powers would cease.

The tribunal said "Therefore the suspension order issued by the election commission cannot, on the face of it, lie. It is hereby stayed."

However, the CAT said it would look into this matter afresh once it received the response from the EC.

The tribunal said the applicant will be eligible to rejoin his former position under the Karnataka government "without any further ado about it".

Following the suspension, an EC source had said, "It has been laid down that SPG protectees are exempted from checking. He (the officer) should have known the instruction being an observer. The reason for suspension is dereliction of duty."