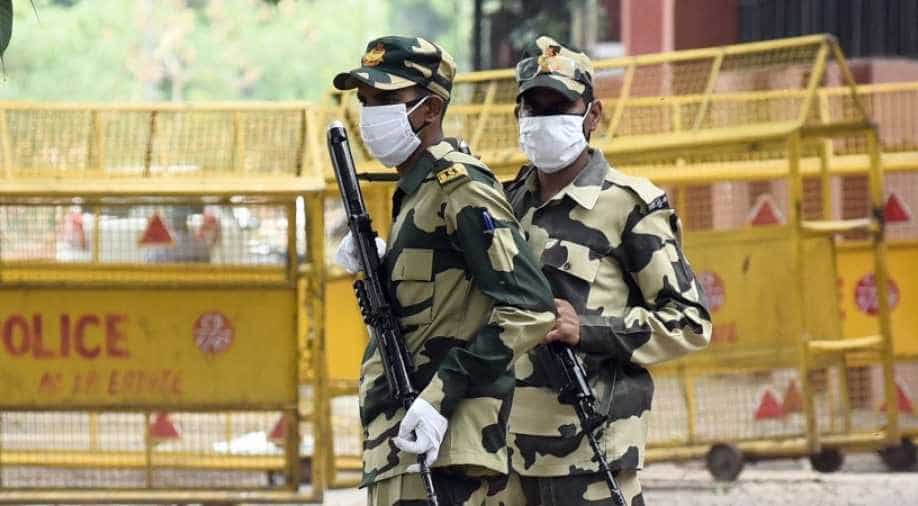 The Central paramilitary forces reported 24 fresh coronavirus cases on Saturday while over 150 personnel recovered, officials said.
These forces have now begun sending the recovered troops for another 14 days of home quarantine.

With a total of 159 personnel cured in the last 24 hours, the active COVID-19 cases in these five forces, CRPF, BSF, CISF, ITBP and SSB, stand at 731, a senior official told PTI.

Six personnel of these organisations, called the Central Armed Police Forces (CAPFs) or paramilitary forces, have succumbed to the disease.

Among the latest recoveries, 44 personnel are from the CRPF's Delhi-based 31st battalion.

The unit was a major hotspot after about 140 men living in its campus in Mayur Vihar phase-III were infected with coronavirus and a 55-year-old sub-inspector had died.

Of the 24 fresh cases, 16 were reported in Border Security Force that also had 98 recoveries since Friday.

The number of active cases in the border guarding force with a strength of around 2.5 lakh personnel now stands at 208.

"All infected personnel are under treatment in COVID-19 designated hospitals. The 16 personnel reported with the infection today are asymptomatic," BSF spokesperson Shubhendu Bhardwaj said.

"A total of 135 personnel have recovered from the pandemic till now," he said.

The CRPF, the country's largest paramilitary with 3.25 lakh personnel, also saw five fresh infections and the active coronavirus cases in the force are 233.

The Central Industrial Security Force, that has lost the maximum three personnel to COVID-19 among CAPFs, reported three fresh cases. The CISF's 118 staffers are in isolation and undergoing treatment.

Two other forces, the Indo-Tibetan Border Police and the Sashastra Seema Bal, reported no fresh case of the viral disease.
The number of active cases are 151 and 21 in the ITBP and SSB respectively.

These forces under the command of the Union home ministry have a combined strength of around 10 lakh personnel and are deployed for a variety of duties in the internal security domain and border guarding.

As threat of vaccine inequity looms, here's how India is helping the world heal