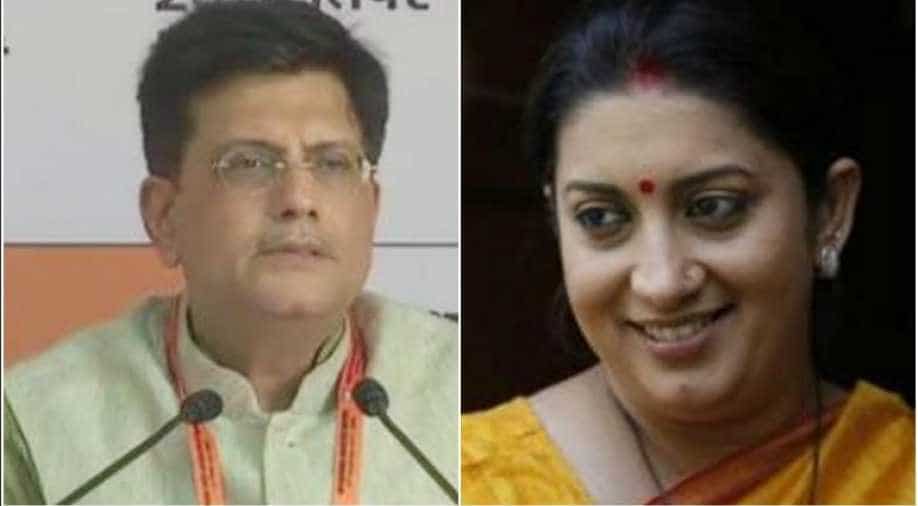 The message is clear from the Prime Minister. Silent workers are welcome and controversy making ministers are not

Cabinet reshuffle is an exercise which is carried out in secrecy but when announced, conveys a loud message. The same has happened today.

While the charge of finance ministry has been given to Piyush Goyal, who has won accolades during his tenure as power minister, the biggest shock is sidelining of Smriti Irani, again. Irani has been moved back to the textiles ministry, from the high profile Information and Broadcasting ministry.

The message is clear from Prime Minister Narendra Modi - silent workers are welcome and controversy making ministers are not. Smriti Irani was first sidelined in the year 2016 after the Rohith Vemula controversy. Prime Minister had to make a special effort to counter the charge of the Opposition that NDA is not anti-Dalit. She kept her low profile and was given a second chance by the Prime Minister in July 2017 when she was appointed as the I&B minister.

Irani was again in news recently for the wrong reason. Irani had come under attack earlier this month after I&B Ministry amended guidelines on accreditation of journalists for, what it said, to check fake news. The amended guidelines had stated that a journalist or a publication could lose accreditation in the event of a confirmed incident of fake news. The guidelines were withdrawn following a directive to do so by the PMO.

The controversy impacted the office of the President. It was followed by the issue related to the freedom of press on which the PM had to intervene. These two incidents were the final nails in the coffin.

This decision also needs to be seen in the context of the rise and rise of the Defence Minister Nirmala Sitharaman whose quiet work and ability to keep the government away from controversy led to her elevation as the top 5 ministers in the country. Her failure to rally the press and get along with all the constituents added to this.

The inclusion of SS Ahluwalia is seen as an adjustment. He is close to Sushma Swaraj and was a leading light during LK Advani’s tenure as the Deputy Prime Minister (2002-2004). This move is a clear indication that patience and silence can be more rewarding with Modi.

The real beneficiary has been Rajyavardhan Rathore. He already heads the Sports Ministry, and now has also been given independent charge of I&B Ministry. He is already the spokesperson for the government of India.

The reshuffle may be small and limited but the message is loud and clear. Ministers who create controversies at the expense of the government will not be tolerated. Smriti Irani is a case in example. She lost two ministries because of being outspoken. What keeps her alive is probably Amethi where she is pitched against Rahul Gandhi. She has not left the constituency and wants to ensure that BJP can defeat Congress in its own bastion.