BJP will win 150 seats, Congress will not go beyond 50 : BS Yeddyurappa 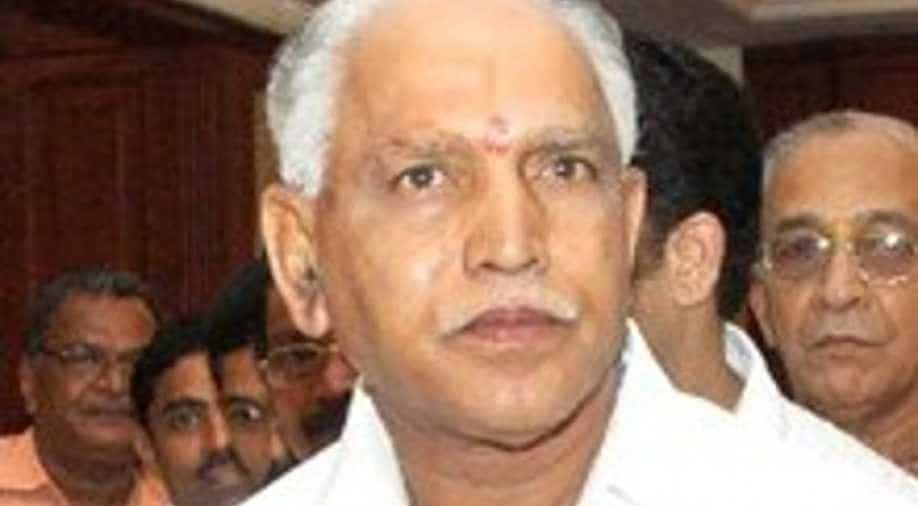 While addressing a public rally in Mysore for the upcoming Karnataka polls, BJP chief ministerial candidate BS Yeddyurappa said that his party will win more than 150 seats in the&nbsp225 constituencies.

Hitting out at the state chief's comments&nbspYeddyurappa added, " some people say that BJP will ally with JD(S), I want to clarify that we will form the government on our own."

Congress state chief and current chief minister Yeddyurappa had said earlier that a nexus exists between BJP and JD(S).&nbspHe had said that Yeddyurappa, Amit Shah, Narendra Modi and Kumaraswamy have an internal understanding to overthrow his government.

Adding that there was a wave of BJP in the state, Yeddyurappa further claimed that the Congress would&nbspnot win more than 50 seats in the upcoming assembly polls.

Some people say that BJP will ally with JDS, I want to clarify that we will form the government on our own: BS Yedurappa, BJP at public rally in Mysuru #KarnatakaElections2018 pic.twitter.com/n7uuMGG9Vm

Karnataka is heading for assembly polls on May 12. The results of the elections will be announced on May 15.