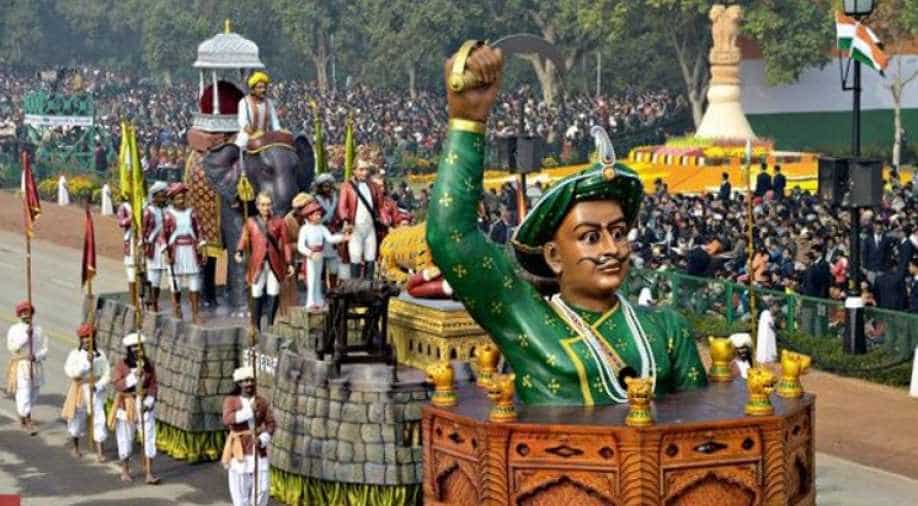 Prohibitory orders are in place in five districts of Karnataka on the occasion of Tipu Jayanti. Photograph:( ANI )

Several protesters were detained this morning in Kodagu district for shouting slogans and trying to block the official celebrations.

Amid widespread protests and stiff resistance from the BJP, the Karnataka is going ahead with the celebrations of the birth anniversary of the controversial 18th-century ruler of erstwhile Mysore kingdom, Tipu Sultan.

Several protesters were detained this morning in Kodagu district for shouting slogans and trying to block the official celebrations.

Chief minister Kumaraswamy is not attending the main function. On the advice of doctors, the chief minister will take three days rest till November 11. He will spend time with family on these days and there will be no official engagements on these days, it said.

Minister for Minority Welfare, Haj and Wakf B Z Zameer Ahmed Khan said the chief minister had told officials beforehand that he would be away for medical check-up and hence, his name should not be mentioned in the invitation.

Police said security has been tightened at sensitive places, including Bengaluru, Mangaluru and Kodagu.