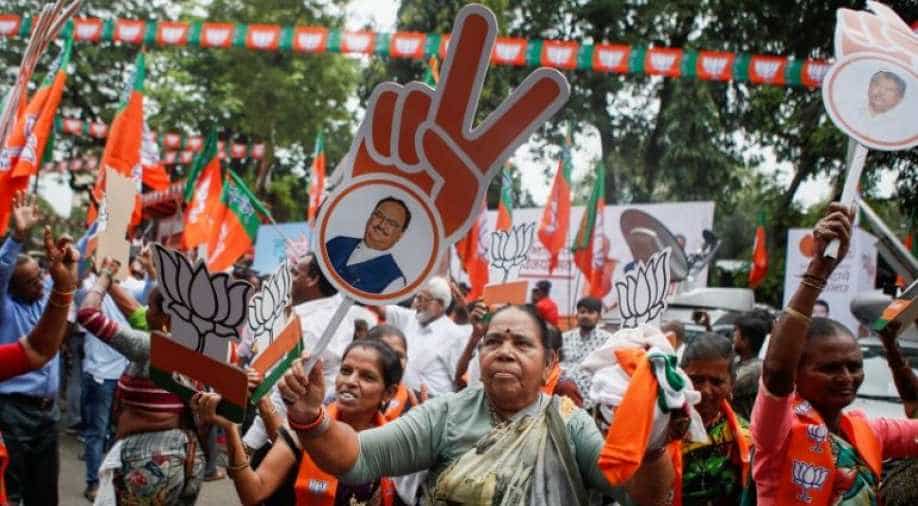 The ruling Bharatiya Janata Party-Shiv Sena combine on Thursday raced ahead in its bid to retain power in Maharashtra.

The alliance appeared comfortably ahead of the Opposition Congress-NCP alliance and looked all set to form government.

Exit polls had predicted a comfortable win for the ruling BJP-Shiv Sena alliance government in the state.

Going by the trends, the BJP's tally is lesser by 20 seats, compared to its performance in the last Assembly elections held in 2014. Shiv Sena had 63 seats last time.

The NCP appears to have improved its performance significantly as it had got 41 seats in the last Assembly elections when the Congress had managed 42 seats.