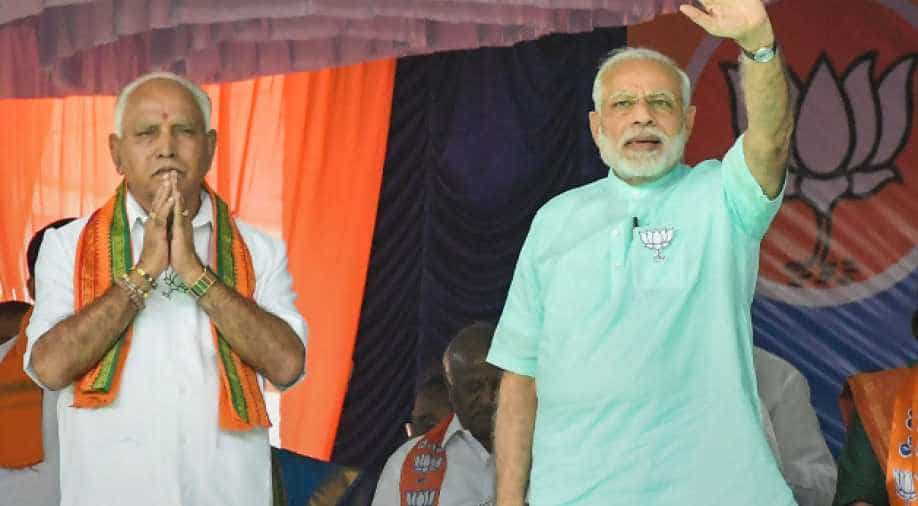 The manifesto promised "free smartphones" for women in below poverty line(BPL) families including 25,000 gold and mangalasutra.

The BJP released its manifesto for the Karnataka elections today targetting farmers and women.

The manifesto promised 1 per cent loans upto 1 lakh for women entrepreneurs. The BJP vision statement said 1,000 farmers to be taken to Isreal for Agricultural scholarships.

Announcing the manifesto release, former Karnataka CM BS Yeddyurappa said: "Welfare of farmers has always been our priority," adding,"we will allocate Rs 1,50,000 crore for various irrigation projects in Karnataka and ensure water reaches to every field in the state."

The party has also decided to waive off loans upto 1 lakh for farmers if it comes to power in the state.

The manifesto promised "free smartphones" for women in below poverty line(BPL) families including Rs 25,000 gold and mangalasutra.

The party said it will set up 10,000 crore Stree Unnati (Women Development) Fund, one of the largest women run cooperatives, and will also establish Stree Unnati stores to market products.

The BJP also said it would open Annapurna canteens across the state where subsidized food will be served.

The manifesto said the BJP will develop 6 incubators and co-working spaces for startups in Hubballi, Bengaluru, Raichur, Mysuru, Mangaluru and Kalaburgi

Raitha Bandhu Department to be set up under the CMO to monitor implementation of schemes, the BJP announced.