Rahul Gandhi goes to temple in Madhya Pradesh, BJP asks him his 'gotra' 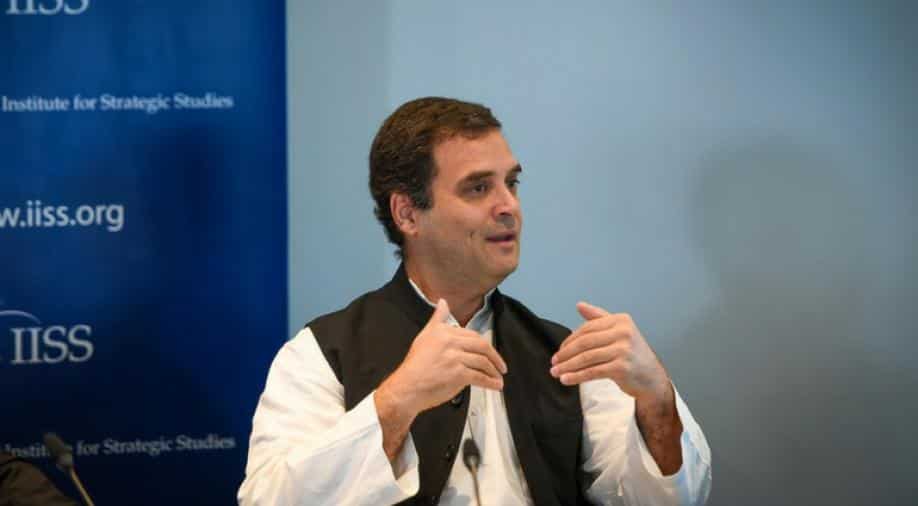 Hitting out at the Congress President, BJP spokesperson Sambit Patra asked Rahul Gandhi about his "gotra" on Monday.

While addressing an election rally in the poll-bound state Madhya Pradesh, Patra said, "If Rahul wears a "janeu", what type of "janeu" does he wear, what is his "gotra"?

Patra's comment came in the wake of the ongoing temple visits undertaken by Rahul Gandhi.

Janeu is sacred thread worn by devout Hindu men. Gotra, in Hinduism, refers to a clan or a descendant in an unbroken line from a common male ancestor.

Last year Gandhi had undertaken several temple visits in Gujarat which was undergoing polls in December. His temple visits continued in Karnataka earlier this year during the election campaign in the state.

Rahul Gandhi had invoked Lord Shiva while responding to the BJP's criticism of his visits during the Gujarat assembly elections last year.

"For over 70 years since independence, the Congress has been playing 'bitter' politics in the name of secularism. They have been treating Hindus as second-grade citizens," Patra said in his latest tirade against the opposition Congress party.