BJP has kept Article 370 issue aside for time being: J&K minister Nirmal Singh 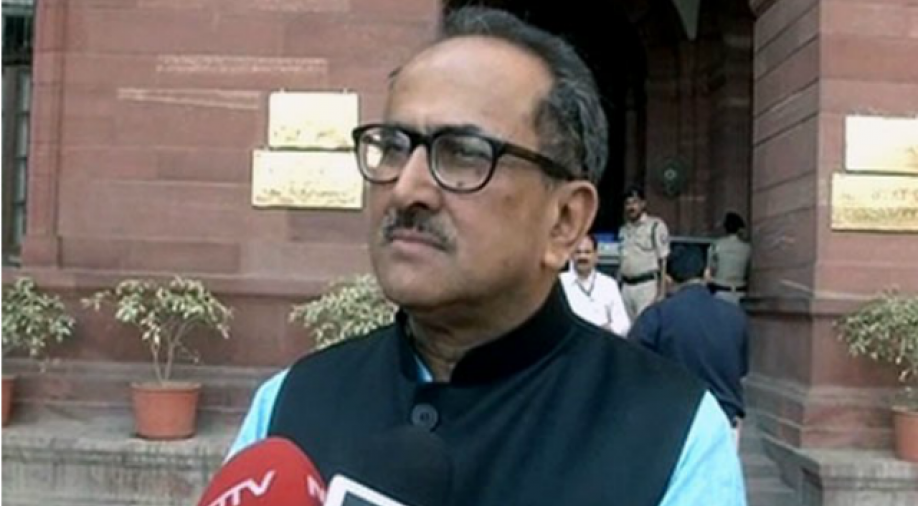 The Bharatiya Janata Party (BJP) has kept aside the issue of abrogation of the Article 370 because of the compulsions of coalition politics, Jammu and Kashmir deputy chief minister Nirmal Singh said on Wednesday.

"We are very clear on this. When we went to the Jammu and Kashmir people with an agenda of 44 plus but the way people of Jammu and Kashmir voted then definitely we had to form the government on the basis of common agenda. Our coalition partner doesn't agree with this and that is why we have kept it side for the time being," ANI reported.

The BJP is ruling Jammu and Kashmir with its coalition partner the People's Democratic Party (PDP).

Singh explained that since this was a Constitutional provision, any change in the status required a set procedure.

Article 370 provides temporary provisions to the state of Jammu and Kashmir granting it special autonomy under the Indian Constitution.

Under Article 370 the Indian Parliament cannot increase or reduce the borders of the state.

The BJP has long been opposed to the Article 370. Its ideologue Dr Syama Prasad Mookherjee was strongly opposed to Article 370 and saw it as a threat to unity of the country and fought against it inside and outside of the Parliament.

Mookherjee served as minister for industry and supply in prime minister Jawaharlal Nehru's cabinet. After falling out with Nehru, Mukherjee quit the Indian National Congress and founded the right-wing nationalist Bharatiya Jana Sangh (which would later evolve into BJP) in 1951.

Under Article 370, Jammu and Kashmir was granted its own flag along with Prime Minister whose permission was required for anyone to enter the state. In opposition to this, Mookherjee once said "Ek desh mein do Vidhan, do Pradhan aur Do Nishan nahi chalenge" (A single country can't have two constitutions, two prime ministers, and two national emblems). Bharatiya Jana Sangh along with Hindu Mahasabha and Jammu Praja Parishad launched a massive Satyagraha to get the provisions removed.

Mookerjee went to visit Kashmir in 1953 illegally, and observed a hunger strike to protest the law that prohibited Indian citizens from settling within the state and mandating that they carry ID cards. Mukherjee wanted to go to Jammu and Kashmir but, because of the prevailing permit system, he was not given permission. He was arrested on May 11 at Lakhanpur while crossing the border into Kashmir illegally. Although the ID card rule was revoked owing to his efforts, he died as a detenu on June 23, 1953 under mysterious circumstances.

Since then, the BJP has been opposed to the Article 370 and wants its abrogation.