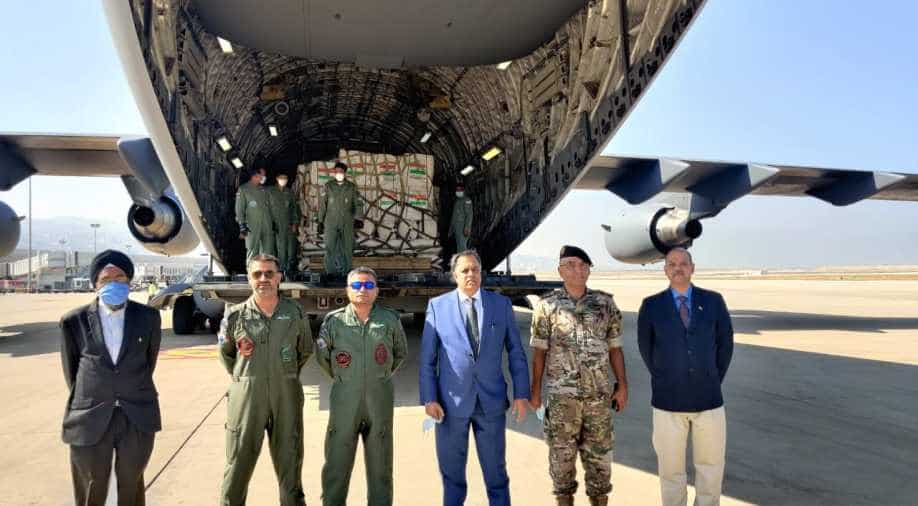 India had expressed its condolence on the incident at the recent United Nations Office for the Coordination of Humanitarian Affairs UNOCHA meeting on Lebanon.

India has sent relief to Lebanon in the aftermath of Beirut explosions that killed more than 150 people and rendered several homeless. In a special Indian Air Force's C17 aircraft India sent 58 mt of emergency humanitarian aid, including crucial medical and food supplies on Friday.

India's external affairs minister S Jaishankar said," India demonstrates solidarity with the people of Lebanon in the aftermath of the tragic explosions in Beirut" by sending relief to the country.

India's relief material was received by Indian envoy to Lebanon Dr. Suhel Ajaz Khan in the presence of representatives of Lebanese government.

He tweeted, India is a dependable partner! We supplied relief material this morning for the Lebanese people in the aftermath of the terrible tragedy of Aug 4. I wish to thank MOFA and Lebarmy Official for their coordination."

India had expressed its condolence on the incident at the recent United Nations Office for the Coordination of Humanitarian Affairs UNOCHA meeting on Lebanon.

Extending India's condolences to Lebanon on the "terrible human tragedy", Indian Envoy to UN T.S. Tirumurti said, "We are shocked by the loss of human lives and the widespread destruction this has caused in Beirut. We pray for strength to families to overcome their great loss."