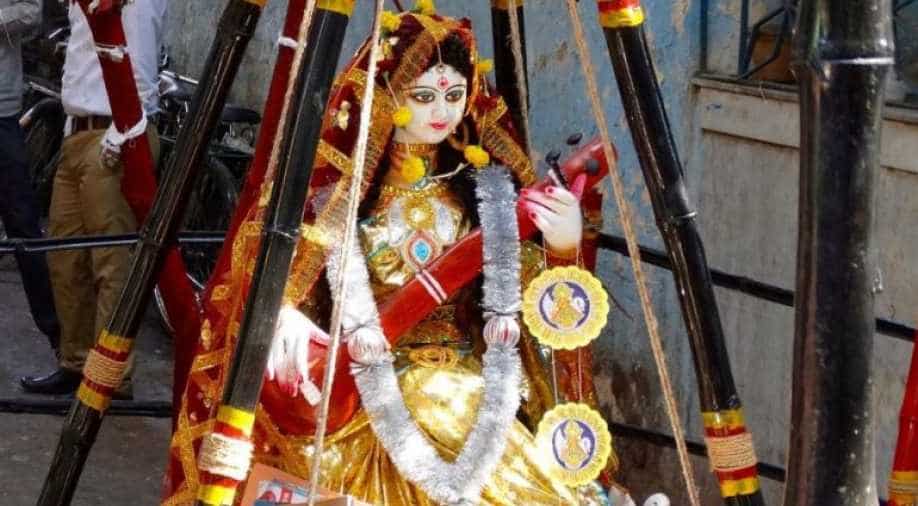 Parts of India dedicate the day to the Hindu goddess of learning and music, Saraswati. Photograph:( Others )

Although the festival is celebrated all across the nation, northern India dedicates the day to the Hindu goddess of learning and music, Saraswati.

The festival typically falls in January as per the Gregorian calendar.

As the Hindu community celebrates Basant Panchami all across the world, we bring to you top facts about the festival.

1. Alternatively known as Shree Panchami, the festival is also celebrated in Sufi shrines and is know as Sufi Basant.

2. The festival is celebrated on the fifth day of the Magha month of the Hindu calendar.

3. As the name suggests, the festival stands for the fifth day (Panchami) of the spring season (Vasant).

4. In Indonesia, the festival is celebrated as 'Hari Raya Saraswat'.

5. The festival is also seen as a day dedicated to the Hindu deity of love, Kamadeva, his wife Rati and his friend Basant.

6. Parts of India worship goddess Saraswati and pray for intelligence, intellect and knowledge.

7. The colour yellow signifies the festival and therefore people wear yellow-coloured garments to celebrate the day. Sweets are distributed and people decorate their homes with yellow flowers.

8. Kite flying is a common practice during the festival. Many regions host kite-flying competitions.

9. Interestingly, there is always a 40-day long gap between Basant Panchami and Holi.

10. As per Hindu mythology, Kamadeva's wife performed penance for 40 days to bring her husband to life after he was turned to ashes for shooting Lord Shiva's eyes with his love arrows.