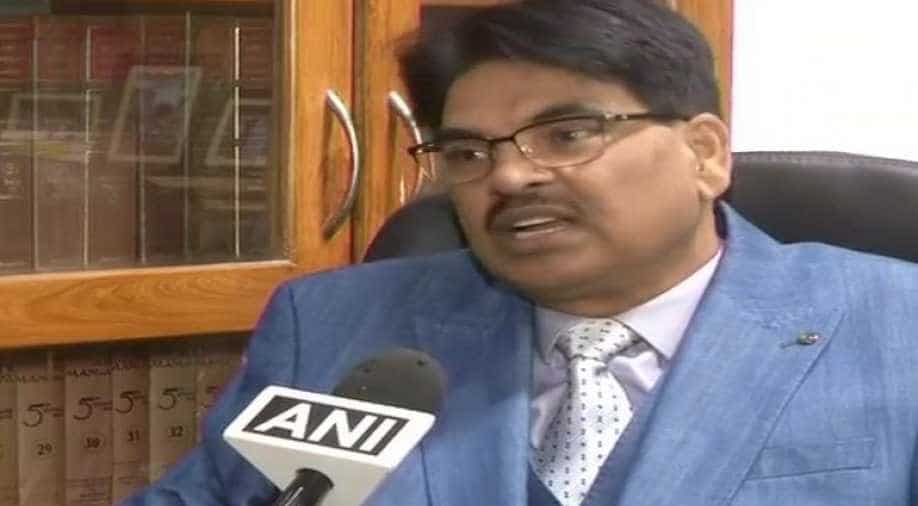 Without taking any name, BCI chairperson Manan Kumar Mishra said, "No political party or leader should take an undue advantage of the situation arising out of the press conference of the four senior Supreme Court judges." Photograph:( PTI )

The Bar Council of India (BCI) Saturday cautioned the political parties and leaders from taking an "undue advantage" of the situation, following a virtual revolt of four senior Supreme Court judges against the chief justice of India (CJI).

It said the four seniormost judges going public with their differences with the CJI had given an opportunity to the political parties and leaders to interfere in the affairs of the judiciary.

Without taking any name, BCI chairperson Manan Kumar Mishra said, "No political party or leader should take an undue advantage of the situation arising out of the press conference of the four senior Supreme Court judges."

The reference to political parties and leaders assumes significance as Congress president Rahul Gandhi had yesterday addressed the media after the judges went public with their grievances.

"I think the points raised by the four judges are extremely important. They have mentioned that there is a threat to democracy. It needs to be looked into carefully," Gandhi had said.

At an emergency meeting called by the BCI's governing body, comprising 17 members, a resolution was passed, saying a seven-member committee would meet all the apex court judges tomorrow (January 14), barring the five seniormost judges, to discuss the present crisis.

However, Mishra subsequently clarified that the members of the committee would also meet the four judges and, in the end, the CJI.

The BCI said it was of the view that such issues should not be made public.

"Whatever differences the judges have regarding the roster or allocation of cases, should be resolved through an in-house mechanism, without airing views in public," Mishra said.

He added that the BCI welcomed the government's decision not to get involved in the internal matters of the top court.

"The law minister has already said that the government will not interfere in the matter. The bar welcomes the decision," Mishra said, adding that as for the Memorandum of Procedure for the appointment of judges to the higher courts, "it must be finalised at the earliest".

He said all these issues had to be sorted out through an in-house mechanism and that the matter should not to be politicised.