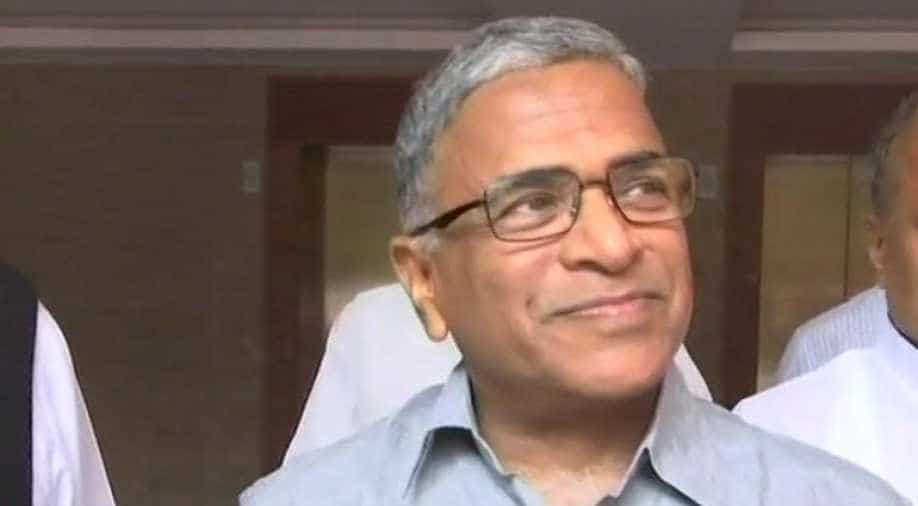 The Winter Session of Parliament is going to convene from December 11 and Rajya Sabha has been the site of ugly battle between the Opposition parties and the government on number of issues.

Weeks before the Winter Session of Parliament begins, Deputy Chairman of Rajya Sabha Harivansh Narayan Singh said that balance between the judiciary, legislature and executive needs to be restored.

"Of late, we have seen that judiciary has been taking decisions on the issues of governance which is not correct. The separation of power is hallmark of our Constitution and it must be adhered to," Singh told exclusively to WION.

He said that the decline in relationship between legislature and judiciary started during former Prime Minister Indira Gandhi's tenure and has not stopped yet. He said that institutions need to acknowledge each other's turf. He also admitted that one of the reasons for judicial overreach is because legislature itself has failed to address crucial issues of governance and law-making.

"This might be one of the reasons but there has to be national consensus on it and sentiments must be communicated that domain stepping itself is not good for democracy," said Singh.

The Winter Session of Parliament is going to convene from December 11 and Rajya Sabha has been the site of ugly battle between the Opposition parties and the government on number of issues. Singh said that his appeal to the members of the House is to come and debate the issues rather than stall the proceedings.

"Earlier, parliamentary debate were long and deep and members would come well prepared and tried to get into the root of the issue. Senior journalists like BG Varghese would say that coming to Parliament was an education and these are his observations," he said. Singh also said that this is the 150th birth anniversary year of Mahatma Gandhi and discussions should have started on his philosophy, his relevance in today's time.

Singh said that the issue of population which would impact us in near future has not seen a seasoned debate. "India very soon will surpass China's population. What will be our response? Do we have a policy dealing with consequence of world biggest population?" he asked.

He expressed displeasure over the fact that proceedings have continuously been hit because of daily round of controversies but said that lack of confidence between the Opposition and government did not start in 2014. "It started during Indira Gandhi's tenure after the Congress party spilt into two." Singh also said that there are many important issues which must be brought to table for discussion as some of them require national consensus.

When asked whether the issue of judicial overreach requires a national consensus, he said, "Of course it does require a bipartisan consensus but for that conversation in Parliament must take place." Singh also said that greater responsibility lies on the shoulders of the House of Elders. "In Mahabharata, it is said that people generally do what seniors are seen to be doing. We cannot be seen to be doing frivolous things," he said.

BJP and its allies do not command simple majority in Rajya Sabha. The Opposition enjoys numerical heft in the House of Elders hence most of the bills find themselves stalled in the House. It is for this reason that instead of Lok Sabha, Rajya Sabha has become the site of contest between the Opposition and the government.