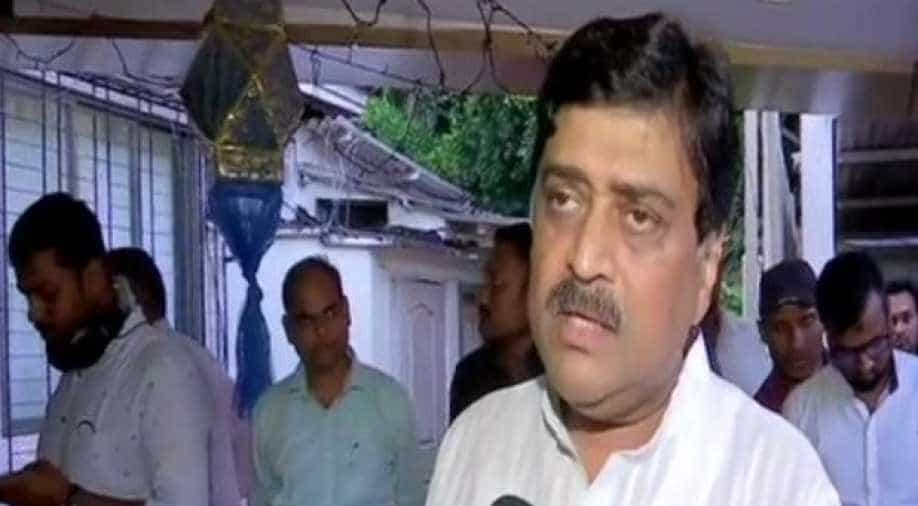 In an audio clip that surfaced recently, Chavan can purportedly be heard stating that he wants to resign over allegedly being sidelined.

Maharashtra Congress chief Ashok Chavan on Saturday evaded a question on an alleged audio clip of him expressing his desire to quit the party, just weeks ahead of the Lok Sabha elections.

"Any private conversation with a person of the party is not in public domain. No comments on that," Chavan told media in Mumbai when asked about the controversy.

In an audio clip that surfaced recently, Chavan can purportedly be heard stating that he wants to resign over allegedly being sidelined.

Meanwhile, Chavan, who will contest the upcoming polls from Nanded (Maharashtra) lauded all the Opposition parties that are coming together to defeat the BJP in the impending elections.

The Congress and the Nationalist Congress Party (NCP), along with smaller parties, on Saturday, sealed their seat-sharing agreement for the 48 Lok Sabha seats at stake in Maharashtra.

Announcing the break-up, Chavan said, "Congress will contest on 24 seats, NCP on 20 seats, Bahujan Vikas Aghadi on one seat, Swabhimani Shetkari Sanghatana on two seats and Yuva Swabhimani Paksha on one seat."