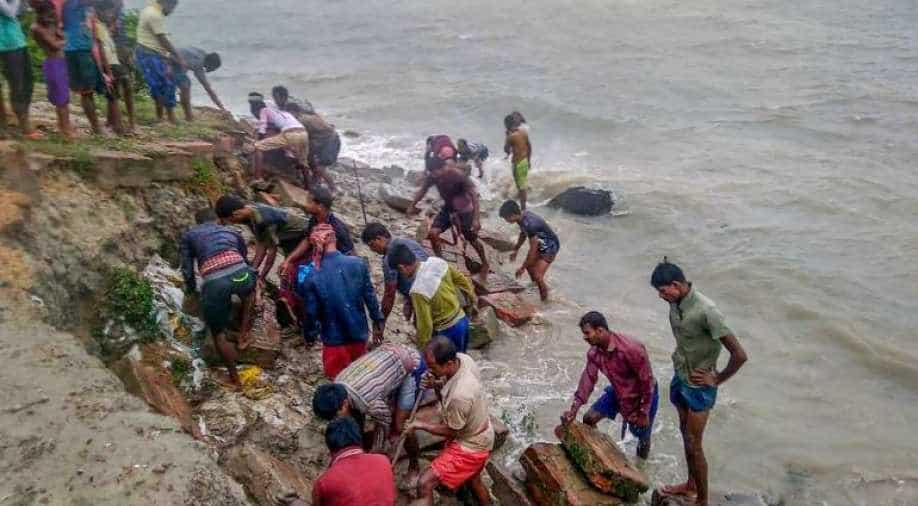 Villagers repair a bank that was destroyed by sea waves at Bakkhali due to the landing of Cyclone Amphan, near Sunderbans area in South 24 Parganas district of West Bengal, Wednesday, May 20, 2020. Photograph:( PTI )

At least 17 people have died and more than two million others have spent a night huddled in storm shelters after Cyclone Amphan hit the coasts of India and Bangladesh with fierce gales and torrential rain.

In Pics: Cyclones before 'Amphan' that wrecked India's coast

The cyclone packed winds of up to 185 km per hour (115 mph) when it hit late on Wednesday, forcing the closure of ports and airports in both countries.

West Bengal Chief Minister Mamata Banerjee said at least 10 people had died in the state, and two districts been completely battered by one of the strongest storms to hit the region in several years. 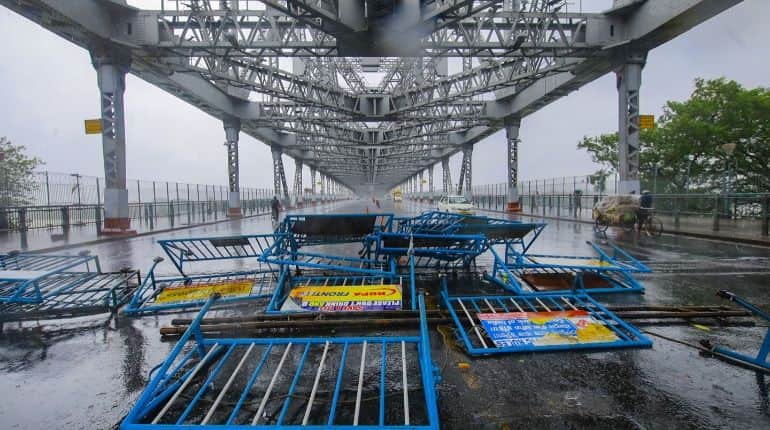 "Area after area has been devastated. Communications are disrupted," Banerjee said, adding that although 500,000 people had been evacuated, state authorities had not entirely anticipated the ferocity of the storm.

With rains continuing, she said the hardest hits areas were not immediately accessible. Federal authorities said they could only make a proper assessment of the destruction on Thursday morning.

"We are facing greater damage and devastation than the CoVID-19," Banerjee said, referring to the disease caused by the novel coronavirus, which has so far killed 250 people in the state.

Authorities there had shifted around 2.4 million people to more than 15,000 storm shelters this week.

In Bangladesh, the cyclone claimed at least seven lives in Bhola, Barguna, Patuakhali and Pirojpur.

The extent of damage could not be assessed immediately. Over 50 lakh subscribers were left without electricity in a dozen districts as Amphan battered the country's south-western part. The country never saw the evacuation of this scale during any natural disaster.

Bangladesh’s low-lying coast, home to 30 million people, and India’s east are regularly battered by cyclones. While the frequency and intensity of the storms have increased, partly due to climate change, the death tolls have come down because of faster evacuations and the building of thousands of coastal shelters.