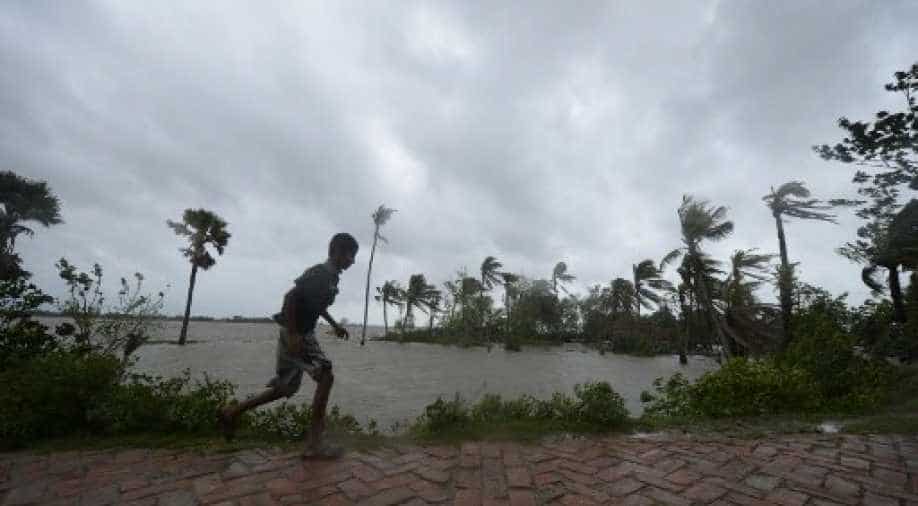 A boy runs along an embankment ahead of the expected landfall of cyclone Amphan, in Dacop, Bangladesh Photograph:( AFP )

As cyclone 'Amphan' made landfall on Wednesday evening, authorities raised the alert level to "great danger" for some districts in the country.

In Pics: Cyclones before 'Amphan' that wrecked India's coast

The cyclone uprooted electrical lines and devasted the coastal areas. The cyclone made landfall at 2:30pm between Digha in West Bengal and Hatiya island in Bangladesh. West Bengal officials said at least two people were killed due to the cyclone.

The cyclone crossed the Bangladesh coast around 5pm on Wednesday packing a wind speed of around 160 to 180kph rising to 200kph.

A Bangladesh Red Crescent Society (BDRC) volunteer drowned on Wednesday when a boat capsized while evacuating villagers to safety.

"Amphan crossed as a very severe cyclonic storm. While crossing its wind speed was 155-165 kmph gusting to 185 kmph. Now it's located 35 km northeast of Sagar island in West Bengal, 70 km south of Kolkata and 95 km east-northeast of Digha," the IMD said.