Assembly elections 2017: Elections too close to call but Congress big winner in Gujarat 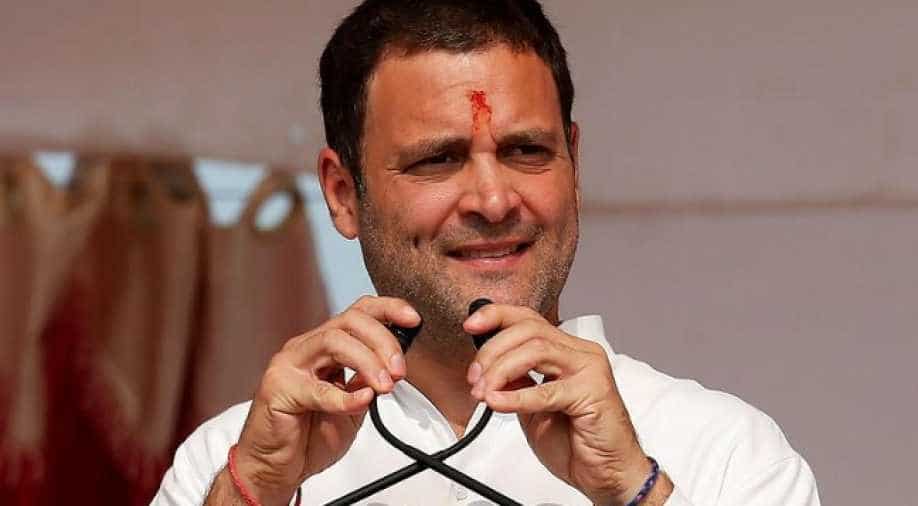 Today?s results notwithstanding, the BJP will have to go back to the drawing board to see what has resulted in this massive dent in their support base in the state. Photograph:( Reuters )

Today’s results notwithstanding, the party will have to go back to the drawing board to see what has resulted in this massive dent in their support base in the state.

Here are the noteworthy points on what has been a difficult morning for the BJP:

1. Counting of votes began at 8 in the morning and an hour later with trends for 180 of the 182 constituencies in, the BJP seems to be leading but only just. The BJP is leading in just 90 seats whereas the Congress is ahead in 88.

2. A party needs 92 seats in the 182-seat Gujarat assembly to form the government. When the campaign was launched in November, BJP president Amit Shah had claimed the party would win 150 seats. BJP spokesperson Sambit Patra said,”To enthuse the workers, we have to set our sights high. It is unheard of in Indian democracy that after 23 years in power, there isn’t an anti-incumbency wave against a party. We’re still ahead in Gujarat.”

3. In the 2012 assembly elections in Gujarat, the Congress had 61 seats and was a distant second to the BJP which had won 115. In the 2014 Lok Sabha elections, the BJP had won all the 26 parliamentary seats in the state.

5. Most exit polls have indicated that the Bharatiya Janata Party may do as well as it did in the 2012 Assembly elections where it won 115 seats. The results will have ramifications on the 2019 Lok Sabha elections — this would be a big feather in the cap of Rahul Gandhi and set the tone for his Congress presidency.

6. Rahul Gandhi traversed a distance of 27,000 kilometres in the state, addressing 30 rallies in the state a visiting over two dozen temples and went toe-to-toe with Prime Minister Narendra Modi on the campaign trail.

7. A win would give the BJP a record fifth term in Gujarat - a state that it has held since 1995. But if the trends convert to results, it would prove the fallibility of PM Modi as Neta no 1 in Gujarat.

8. In Himachal Pradesh, trends indicate its a close race between the Congress and the BJP with the BJP ahead in 33 of the 55 seats for which trends are available. The Congress is ahead in 19 and Chief Minister Veerbhadra Singh, who was embattled with graft charges, is doing better than expected.

9. The state has 68 assembly seats and most pollsters predicted a comfortable victory for the BJP, giving the party 45-50 seats. That Congress wipeout doesn’t seem to be happening.

10. Just 10 days before the elections the BJP, somewhat uncharacteristically, announced former Chief Minister  Prem Kumar Dhumal’s name for the top job — and it seems he just may get another term in the state. In what has been a difficult morning, Dhumal is trailing his Congress rival Rajinder Rana in Sujanpur by about 500 votes.