As campaigning peaks, choppers a favourite among political heavyweights in Rajasthan 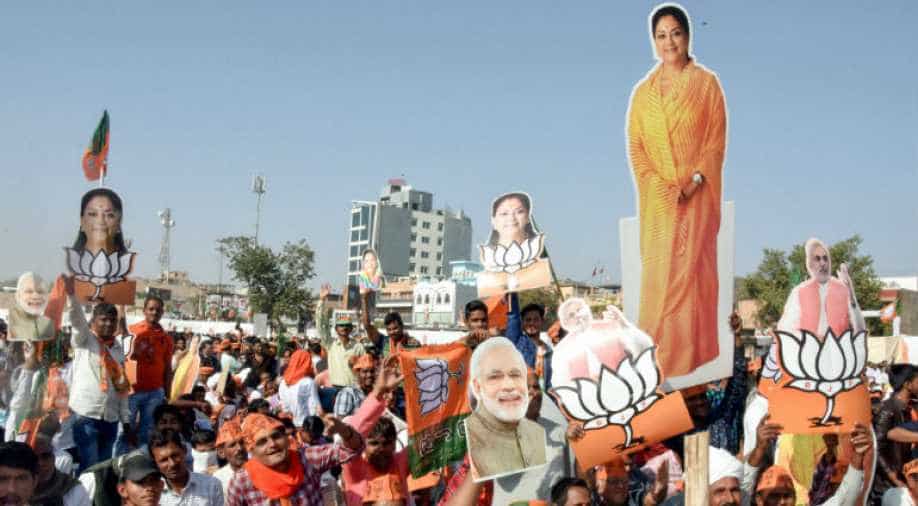 With campaigning for the assembly election in Rajasthan at its peak, the skies over the desert state appears virtually owned by choppers ferrying political leaders.

Not only the BJP and the Congress but also regional parties such as Hanuman Beniwal's Rastriya Loktantrik Party and Ghanshyam Tiwari's Bharat Vahini are making use of choppers to cover maximum areas in the last days of campaigning.

"On an average, five to seven helicopters are taking off from Sanganer airport in Jaipur for political rallies daily. We submit report of helicopter movement to the election commission," the airport's director, J S Balhara, said.

Besides Jaipur, helipads and airstrips across Rajasthan are busy with movements of political leaders. According to the aviation department, the state has 32 airports and airstrips and over 40 permanent helipads.

"We have hired helicopters so that we can cover maximum number of constituencies before the polling," state Congress chief Sachin Pilot, who is contesting the election from Tonk, said.

"People in large numbers are attending my rallies. To cover areas where our candidates are contesting, I need the helicopter so that I can reach out to maximum people and this is delivering positive results," he said.

Beniwal, who has fielded candidates on 57 seats, has addressed more than a dozen rallies in Jaipur, Ajmer, Alwar, Bharatpur, Barmer, Ajmer, Bhilwara and Nagaur districts.

"The number of people coming to my rallies is higher than the chief minister's," he claimed.

Vibhuti Singh Deora, owner of Go Fly Zone private airfield near Jaipur, said both twin and single engine helicopters with different seating capacities are being hired ahead of the December 7 election. He said he has leased out three of them.

Rajasthan will vote for 199 seats of the 200-member Assembly on December 7 and results will be declared on December 11.