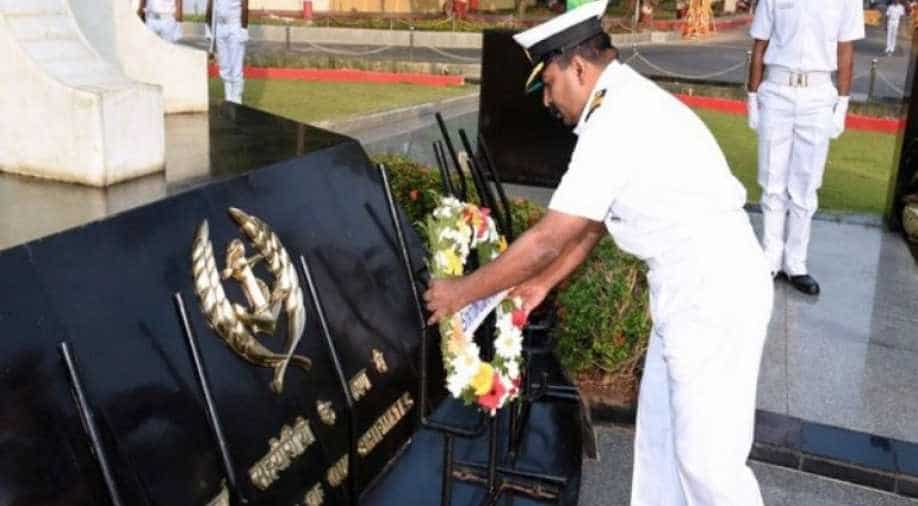 A visual from the wreath-laying ceremony at War Memorial on Tuesday. Photograph:(ANI)
Follow Us

Ex-Servicemen from the Army, Air Force and Navy who have settled down at Kochi, post-retirement, also laid wreaths on the occasion

A wreath-laying ceremony was conducted at the War Memorial, INS Venduruthy here on Tuesday on the occasion of the Armed Force Veterans' Day.

Commodore NAJ Joseph, VSM, Commanding Officer, INS Venduruthy and the Station Commander, Kochi laid a wreath at the War Memorial inside naval base here on behalf of the Southern Naval Command.

Ex-Servicemen from the Army, Air Force and Navy who have settled down at Kochi, post-retirement, also laid wreaths on the occasion.

"A total of 70 personnel attended the event, which served to remind both serving and retired personnel of the supreme sacrifice made by their brothers in arms towards the defence of our nation," the statement said.

The Armed Forces Veterans' Day is held on January 14 every year to commemorate the selfless devotion and sacrifice of veterans, many of whom laid down their lives in service of the nation and also to salute their indomitable spirit.

The event also serves to strengthen the bond between serving personnel and veterans.