Anti-CAA protests: 317 arrested, over 70 cases registered in UP for violence 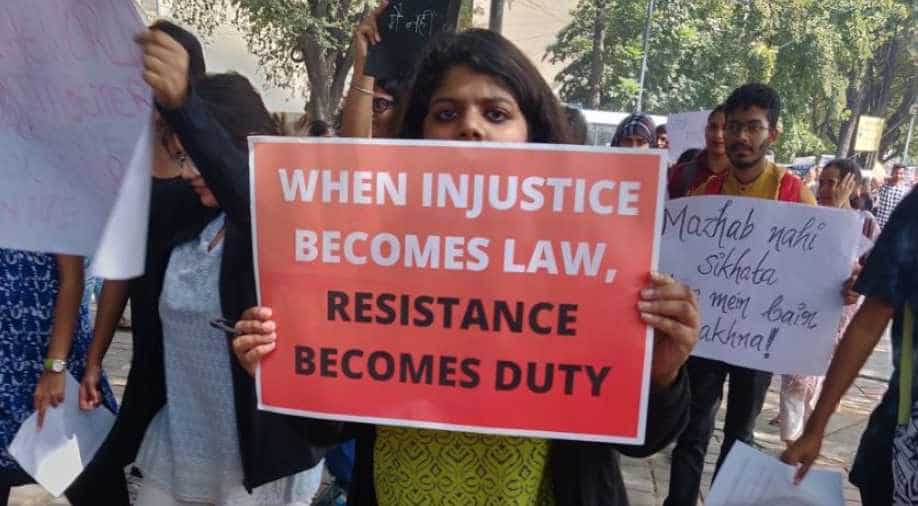 79 cases have been registered and 317 were arrested. 108 police personnel are injured in which 10 sustained firearm injuries.

Additional Director General (ADG) Prashant Kumar on Thursday said that 317 people have been arrested and 79 cases registered in connection with the violence during the anti-Citizenship Amendment Act (CAA) protests in Meerut.

"79 cases have been registered and 317 were arrested. 108 police personnel are injured in which 10 sustained firearm injuries. Ten administration officials and 7 people including some journalists also sustained injuries. Five people lost their lives in the violence," Kumar told ANI.

"The administration is educating people on CAA and we are also monitoring social media."

"Two men of Popular Front of India`s wing SDPI were arrested. One of them is the state chief of the organisation. We have found some objectionable literature from them," Kumar said on the arrest of two people from Meerut Nauchangi area.

"In Shamli, some people from this organisation were arrested earlier. The police had also recovered such literature from their office in Meerut. We are investigating the organisation`s role," he said.

Protests have erupted across the country against the Act which grants Indian citizenship to refugees from Hindu, Christian, Sikh, Buddhist and Parsi communities fleeing religious persecution from Pakistan, Afghanistan, and Bangladesh, who entered India on or before December 31, 2014.