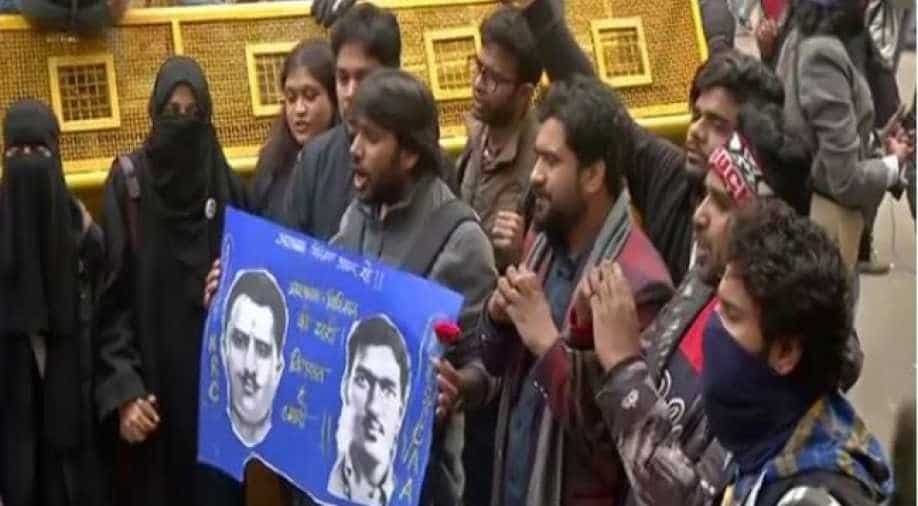 In a bid to shade the protest against the amended Citizenship Act in patriotic fervour, protesters sang "Saare Jahan Se Achha Hindustan Hamara" at Delhi`s Jantar Mantar on Thursday.

Thousands gathered in the heart of the capital and peacefully protested against the new Act.

Thousands of people cutting across ages participated in the protest. The peaceful protest at the heart of the national capital comes at a time when violent protest leading to arson and damage to public property is witnessed in several parts of the nation.

The Citizenship Amendment Act (CAA) grants citizens to non-Muslims of Pakistan, Afghanistan and Bangladesh who fled religious persecution and arrived in India until December 31, 2014.